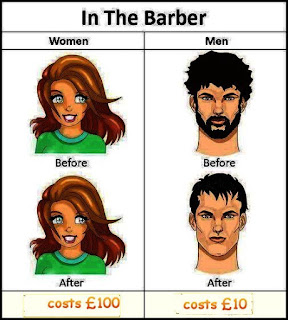 Having gotten into the habit of expecting to be waking constantly all night long it was with something of a shock that I looked at the clock for the first time last night only to see it was two minutes until alarm time.
I leapt into action, and over brekkie watched Ronnie Corbett in "Sorry". He was having trouble with Muffin the Mule, and was also trying his luck with the delectable Fenalla. Then, having taken an injured duck to church he then had a mishap with an inflatable dinosaur. (Comedy was different when the show was made in the 1980s!)

I scraped the ice off of my car, set off to work, and stopped after fifty yards to scrape again. An air temperature of minus seven degrees had once more frozen the windscreen. Whilst I realise that minus seven degrees is positively balmy to some, to me it isn't that warm.
Being a "calendar day" I drove to Sellindge in search of Tupperware. After one failure I tracked a sandwich box down. It had been lurking near the doctors' surgery. Previous finders had complained the contents had been wet. I had no such issues; I found them to be frozen solid.

As I drove the pundits on the radio were talking about the latest scandal; the inequality between men and women's shopping. Designer jeans of the same brand, waist and leg size can cost women fifty per cent more than they cost men. Women's disposable razors cost double the price of men's and the only difference is the colour of the plastic. Some consumer rights guru was wheeled on and he said that this has been going on for years; it is (apparently) no secret that women are prepared to spend more when shopping than men are. The pundits rightly accused this chap of being sexist; he didn't deny it. But he maintained his position. He even cited the very price disparities as evidence to prove his point.

I got to work and as the day wore on I received orders from "Daddies Little Angel TM". She'd bought a sofa. And so once work was done I came home via a fifty-mile detour to collect the thing from Rochester.

Once home the first thing I did once home was to walk the dogs. Whilst Sid could quite happily live without it, Fudge couldn't. He is quite fractious if not walked.
As we walked we had what can only be described as a near-miss event. Suddenly and without warning "Furry Face TM" darted at a parked car. I caught him almost instantly, but a car coming down the road toward us stopped immediately with a loud screech of brakes, and I saw a cat running off into the distance. The driver of the car didn't seem to notice me or the one who'd made that cat run out. Whilst no harm was done the cat could have been flattened. Part of me felt a little guilty about the episode, but chasing cats is the terrier's nature. And (am I wrong here?) should cats *really* be out on a main road when the temperature is well below zero?

Being home a lot later than planned we had a quick dinner (KFC) and watched a few episodes of "Benidorm"; I'd not seen it before; it was excellent.