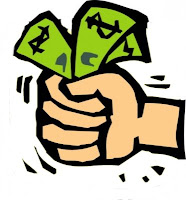 I slept reasonably well even if I did wake to find I was cuddling my dog as though he was a teddy bear. Leaving him snoring I had a bit of brekkie and watched last week's episode of "Extant". It is a good enough show I suppose, but there are many better shows that have been cancelled. I wonder just what it is that keeps this one on our screens.
I spent a few minutes looking on social media, but overnight absolutely nothing had happened. Probably for the best.

I then spent a few minutes trying to find my car. I completely forgot where I'd parked it last night. It would either have been up or down the road. I tried looking down. It was actually up. And having located the car I set off to work.

As I drove the news on the radio wound me up somewhat. The oil giant Shell was supposedly considering taking over some other company today. I don't know the details; frankly I don't really care. But what wound me up was the attitude of the Shell executive being interviewed. The takeover wasn't being judged for the benefit to the company in terms of its core business...
Or actually it was. I naively thought that Shell's business was all about drilling for oil. Apparently it is not. Its raison d'être is to make money. The chap being interviewed made it crystal clear that whatever the company did with regard to the takeover wouldn't be about what was best for oil production; it would be all about what generated most profit.
And this attitude is true of absolutely everything. Schools, hospitals, transport... all of life is now about turning a quick profit. The world would be a better place if a few more people were a lot less greedy.

I got to work and did my thing. Over lunch I spent a few minutes dusting off the talk I'm going to give to the astro club on Friday. I first did this talk some years ago and in that time it has aged somewhat. Several of the jokes have been blagged by others (quite a few times) and now just seem rather tired, so they got chopped. And (in order to appear to be current) I shoe-horned in a couple of articles that recently appeared on the club's Facebook feed to make it look as though I pay attention.
Hopefully the talk will keep the masses entertained; if I should it loud enough none of the punters will realise I'm making it up as I go along.

An otherwise dull day was lightened by a visit from an old colleague. the inestimable Soup Boy left to take up professional running over a year ago. He popped in to day to say hello. I was amazed how much I'd missed him.

I came home through the rain and walked "Furry Face TM" despite the rain. Perhaps I'm being harsh but the walk was so much easier with only one dog. Sid did dawdle so much.
The idea was then to have a pleasent eveniing in. But "Daddies Little Angel TM" has given orders to "er indoors TM" and sent her on a mission.
And I'm sitting here waiting. As usual...