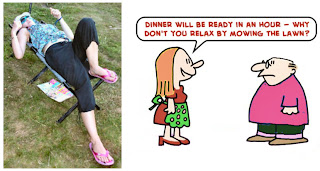 Up with the lark and into NeverWinter for an hour or so. It’s as well that I can download loads more modules for NeverWinter Nights. Whilst shopping in town during the week I had a look in the computer games shops, and… well, I’m using the wrong phrase, aren’t I? “Computer games” as in “games that you can play on the computer” would seem to be a dying breed. It’s all PlayStation and X-box these days. There would seem to be precious few games that are actually designed for the PC these days. Which is a shame – whilst some of the modern games look fun, I don’t want to shell out loads of cash on a device which can only play games. My PC can do all sorts of other stuff than just kill trolls and orcs and goblins.

Last weekend whilst camping at Brighton we decided we liked the new camping bench, and so this morning we set off to Camping International to get some more. When we were there the other week they had hundreds. Today, they’d sold out. Whilst at Camping International we got another three litre kettle; the last one was very useful, even if the spout did break the first time we used it. And we got a few kitchen-y things too. I would like to have stayed longer, but for one brat who was there. There were several brats, most trying out the camping chairs, some having a fairy princess picnic on the tables, and some trying out the camping beds. But there was one particular brat who was giving a running commentary on his day, his shopping trip, what he was doing, what his parents were doing, in fact he was giving a continuously updated spiel on the entire universe and all that was taking place within it. And this brat had the most annoying voice. Perhaps “annoying” is the wrong word: “painful” would be better. The child’s voice actually hurt me. It really did cause me pain whenever this child spoke, so piercing was its rattle. And not only did this one never shut up, it was quite apparent it was never going to shut up. So we left. Quickly.

We thought we’d try to GM Camping. Somewhere I’ve not been for a while, it’s on the road from to . We took a wrong turn or two on the way there, mainly because I thought the place was on the Whitstable road. But we found the place eventually, met some friends who were also camping-shopping, and I got myself a new chair. But they didn’t have the benches we wanted either. So we spent five minutes in the nearby reptile shop going gooey at boa constrictors (I do that !) before coming home via ’s Lidls. Every bit as pikey as the Ashford branch, and also with much the same stuff you can buy in the average supermarket, but at half the price.

And so home, where I went to eBay and ordered up two of the benches I wanted. And even including postage they were cheaper than the shops. Having bought what I wanted I then set about the lawn – it must be three weeks since the thing was last mown, and whilst the grass wasn’t excessively long, it was clearly in need of a haircut. I also got my electric shears out and trimmed back all what was coming over the fence from next door. He enjoys having roses, clematis and honeysuckle all up and over the fences. And to be honest if I was next door, I’d probably do the same to block me out. But I don’t like the way that the things drop leaves and petals all over my garden, or the way that the things have encroached a good two feet into my garden. So I took the electric shears and cut a swathe the length of my garden.

And then I mucked out the pond filter. The pond is rather murky at the moment. If cleaning the filter doesn’t do much (and I suspect it won’t) I shall look at flocculation and replacing the filter medium during the week.