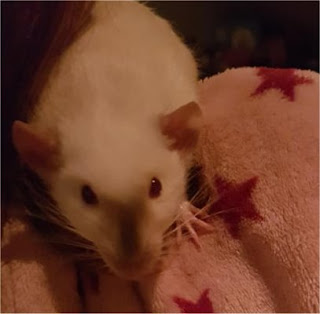 I slept well (for which I was grateful), and after a bowl of granola (scoffed whist watching “Time Gentlemen Please”) I peered into the Internet to see what I’d missed overnight.

I saw a friend had posted one of these “I’m here for you – please share” memes that appear from time to time on social media. Whilst I’d like to think that I would be there for anyone who wanted my help, I don’t share this sort of thing… When I needed a friend (a few years ago now), those I’d known for twenty years couldn’t run away quick enough. Help came from the most unexpected quarters.

I had over a hundred “Found It” emails on geocaches that I’ve hidden; many of them very complimentary. Which was nice. I wonder if I will carry on getting them – as Lockdown II kicks off I added a note to all one hundred and seventy of my active geocaches reminding the hunters of Tupperware that the rules of geocaching are very clear that to log a find you have to sign the paper log. Over the last lock-down there were quite a few people who were frightened to touch the plastic pots. I’ve told the world that if they don’t feel safe handling the geocaches, they should stay home until they do.

That should be good for a squabble.

I also saw that people have given "Favourite Points" to some of my geocaches. Hunters of Tupperware get to rate the film pots under rocks that "do it for them". I don't really bother much with the Favourite Points myself. But this week, geocaches that I have hidden have accrued twenty-one of the things. That too was encouraging.

I set off to work and had something of a "brown pants" episode as I drove up the motorway. There was a rather huge breakdown truck driving up the slow lane in front of me. I wanted to overtake it, but there was someone in a white van in the middle lane just behind me stopping me pulling out. As I sped up so they sped up. As I slowed down so they slowed down. Were they deliberately trying to block me in?... it certainly seemed like it. After a few minutes of this I looked back from glancing in the mirror to see that the breakdown truck in the slow lane in front of me had done an emergency stop. Those things can stop quite impressively. I slammed on the brakes, and before the idiot in the white van could realise and slow down, he had come past, and I was able to swerve into the middle lane missing the breakdown truck by inches.

No harm was done, but it was rather worrying at the time.

As I drove the pundits on the radio were talking about how the American Presidential election is sliding into chaos. Trump supporters in the states where President Trump is leading in the poll were outside polling stations chanting "Stop The Count". And at exactly the same time Trump supporters in states where he is behind in the polls were outside polling stations chanting "Count The Votes".

Both chants were broadcast live this morning. Donald Trump's rather simple-minded view that the only way he can lose is by fraud isn't really inspiring confidence in the American electoral system amongst those to whom he appeals.

I got to work and did my bit. I had a rather good day; nowhere near as fraught as some of the days this week have been.

Once home I popped up to the attic room. Earlier in the week "er indoors TM" collected "Daddy’s Little Angel TM"’s rats. They are staying with us for a little while, and are actually rather sweet little things (not that I’m at all keen on having them). I spent a few minutes fussing and feeding them carrots now that they seem to have settled down in their new home.

I wonder how long they will be with us?
Posted by Manky Badger at 9:50 pm