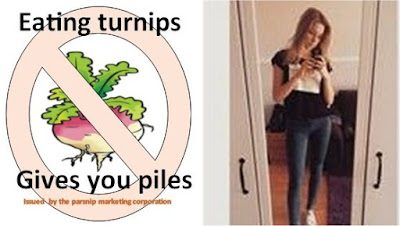 I woke up feeling full of energy and raring to go only to see it was twenty past midnight. I then saw every hour of the night. I did doze off at one point only to be woken by Sid’s shouting, but "er indoors TM" went to see what was up with him. I left them to it.

Over a bowl of granola I watched the last episode of “Time Gentlemen Please” then sparked up my lap-top to see if I’d missed much overnight. I didn’t think I had, and I hadn’t really. Mind you I did see a friend was squabbling on Facebook with another friend of his about whether or not the American election had been rigged. This other friend of his seemed to have a rather tenuous grip on reality. He seemed obsessed with some vote-counting machine, and from what he was saying Donald Trump lost this most recent election for the very same reasons that he won the election in 2016. Go figure.

A family member was also still posting misinformation, rubbish and blatant lies about the 5G communication networks, seemingly oblivious that the so-called facts he was posting had been disproved and the so-called experts quoted had long been discredited.

It never fails to amaze me how so many people feel that because something appears in writing on the internet it must automatically be true.

Seeing I’d got the thumbs-up on my COVID-19 swab I went out to find my car. It was rather cold as I set off to work this morning. As I drove the pundits on the radio were seemingly obsessed with a “COVID-19 break” for the Christmas period. It would seem that there is to be a five-day total relaxation of all the COVID-19 rules over the festive period so that people can meet up with family and friends and spread the virus to their heart's desire, totally undoing all the efforts of months of staying away from everyone. There was one of the members of the government's SAGE panel being interviewed. Apparently the government's advisors have done some calculations, and the spreading of the virus by a five-day Christmas free-for-all can be compensated for by having a lock-down for the entire month of January. However I got the impression that the expert wasn't supposed to tell the world about the January lock-down.

Perhaps if someone were to ask the virus to take a break over the Christmas period, all would be well (!)... Mind you, bearing in mind how nonsensical the entire response to the COVID-19 pandemic has been I wouldn't be at all surprised if a so-called "expert" did try to negotiate with the virus.

I got to work and did my bit. At tea break I had a message from the Facebook Feds. On 13 October 2019 I had a message (via Facebook) from “Kimberley”. I posted her profile picture to my page and I wrote “This young lady is Kimberly. She’s sent me a friend request on Facebook and has asked if I want to be a member of her WhatsApp sex group. Apparently there are many beautiful women in this group who need sex. And (she says) I will not regret it. It’s even free…because (as she says) “everything is free without any money”.

I’m going to turn down her kind request as I’m not up to it (I’m still off work on sick leave). But if any of my friends would like to “do the dirty deed” with Kimberly I’ll pass on your details…” It would seem that the Facebook Feds have taken me at my word and felt I was being serious. After a little to-ing and fro-ing the automated system sent me a link with which I was able to submit a detailed explanation as to why their bots don’t understand humour, and apparently at some time in December a panel of real people will have a look to see if I really am sexually exploiting “Kimberley”. I wish my back was up to it…