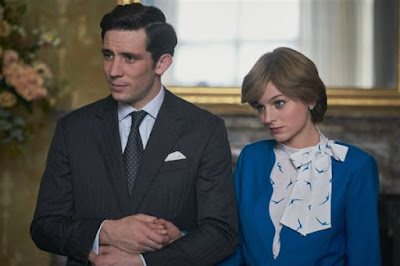 I slept like a log, for which I was grateful. Over a bowl of granola I watched an episode of “Time Gentlemen Please” then had my usual peer into the Internet.

Apparently Des O’Connor died yesterday. My cousin was posting about the matter on Facebook and relating an incident in which he goosed up her arse. She didn’t seem to be unduly bothered about it either at the time or now. I might just claim this as a “lame to fame” - how many people have a cousin the arse of which was once goosed up by Des O’Connor?

Other than my cousin’s reminiscing about her goosing and a rather interesting article on the fastest forms of transport (the TARDIS only came in second place!) there wasn’t much else of note on Facebook this morning. There were a *lot* of advertisements though. Many of them were for custom-made stuff which would come from America for a small fortune. I would have thought that Facebook would have targeted the adverts a bit better, but when I clicked the “why am I seeing this”, every time it said that the seller wanted to teach people in the UK. Go figure. And quite a few adverts were for a company called “Calzedonia” which featured young ladies wearing pairs of tights and nothing else. I thought about complaining to the Facebook feds on grounds of morality, but seeing how they have only just removed the warning that appeared every time I logged in to my Facebook account I thought it better not to rattle their cage.

As I drove to work the pundits on the radio were talking about how the Prime Minister is now self-isolating as he's been in touch with someone who's tested positive for COVID-19. Several questions emerge from this - why isn't he doing all his meetings by video conferencing? Why does he need to self-isolate if he's already had the disease? Has he actually had the disease? There's probably valid answers to all these questions, but all of which (in one way or another) contradict what the government has said, don't they?

There was also talk of how there are two super-labs under construction. However there wasn't much talk about what else these super-labs will do other than COVID-19 testing. But when you look into it, the repertoire quoted covers a lot of testing currently done in hospital laboratories. Is the government looking to (yet again) cut what happens in NHS labs?  You really would have thought they would have learned their lesson from the COVID-19 testing debacle, wouldn't you?

I got to work, and pausing only briefly to stick a bar code onto a lamp post I was very soon doing my thing. As I did my thing we had a minor English lesson. Working with many people for whom English is a second language there are occasionally misunderstandings; we all of us had a chuckle as I explained the intricacies of the phrase "hanky panky". I was glad for a chuckle today as I spent much of the day in great discomfort as the elastic in my pants had gone.

"er indoors TM" boiled up a rather good bit of dinner which we scoffed whilst watching the first episode of the new series of “The Crown”. For all that I liked it, and it *is* a good show, the episodes are a tad long.

Mind you, I’m looking forward to the next one…
Posted by Manky Badger at 9:46 pm