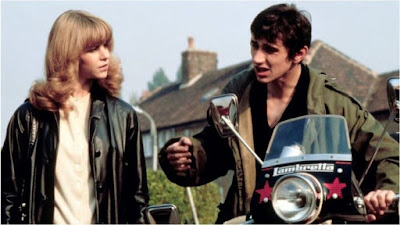 I had something of a restless night as "er indoors TM" spent the night telling Fudge off for no reason that I could fathom.

I made brekkie, and scoffed it whilst watching the last episode of “The Job Lot”, then peered into the Internet as I do most mornings. I was rather amazed to see a link on the works’ Facebook page on which the hospital’s big boss gave his weekly message via a you-Tube video. Another local hospital once told me that the mere mention of the place on social media was grounds for a disciplinary warning, and here’s a far more forward-thinking place embracing the future.

I had an email from the Geocaching Association of Great Britain. They are having their annual election for the positions on their committee and are asking for nominations. For the last few years I have been told (by several people) that I am just the person they are looking for, and have been asked to stand for their committee. Every time I have asked what they actually do and am still waiting to get an answer. The closest to an answer that I have had is that what they do is entirely dependent on who gets elected to the committee, and from what I can work out (without wishing to sound sarcastic) all I’ve seen is that they take the credit for other people’s efforts. On the run-up to last year’s elections someone called Arthur said that he would arrange for me to become a “Friend of the GAGB” so that I could see what they do, and since then I have heard nothing at all. This really does seem to be how they operate; we only ever hear from them when they are having their annual election.

I added to the Virtual Reindeer Munzee park, then set off to work.

As I drove to work through a rather murky morning there was all sorts of talk about Lockdown II on the radio. Ironically the pundits on the radio who spent the past month wheeling on so-called experts who had been pushing for a lock-down were today wheeling on other experts who felt that a lock-down was a waste of time. Not that I am defending the Prime Minister in any way, but it does seem that no matter what he does, it will always be wrong in the eyes of the presenters of Radio Four.

Ironically the nation's chief racist (that odious Nigel Farrage) is taking the opportunity to stir trouble by re-launching the Brexit party as an anti-lock-down campaign.

Surely there can't be any doubt that the Brexit party was ever anything more than a vehicle for Mr Farrage's ego?

Mind you I did roll my eyes when the pundits interviewed people who are going to struggle during the upcoming lock-down. One of the people interviewed was a self-employed communications strategy advisor. Presumably she tells people not to send a letter when a phone call would be better? What kind of job is a "self-employed communications strategy advisor"!

Perhaps "self-employed communications strategy advisor" may well be one of the careers to go the way of lamp-lighters, pin-setters, lectors, ice-men and nun's priests in the new world order that will form when we finally get through coronageddon.

Work was rather good today; I spent the day doing hands-on training. Something I used to do rather a lot back in the day. But an early start made for an early finish. Even so I only just got home before twilight.

I walked the dogs round the road. It was a shame that Pogo had to kick off for no reason whatsoever.

"er indoors TM" went bowling tonight. She’s been running a bowling league on Monday nights for years. It came to an abrupt end over lock-down, and tonight was finally going to be the re-launch. Such a shame Lockdown II put paid to it. But some of the bowlers had the chance of one quick game this evening.

And with her out of the way I had the chance to watch a DVD that she wouldn’t appreciate. I was spoiled for choice but during the day I managed to come up with a shortlist of five DVDs I like that she doesn’t. I could have watched I.D. or Doctor Who and the Daleks. I could have watched Brideshead Revisited or Football Factory.

In the end I watched Quadrophenia. A lot of it was filmed in Brighton two years before I spent two years at college there.  I do like seeing places that I’ve been to on the screen.