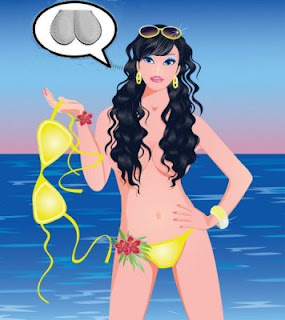 I didn't really sleep that well last night. Was it "er indoors TM"s night-long battle with the dogs, or was it because I had an alarm set? I gave up trying to sleep and was up well before that alarm would have gone off. I scoffed a bowl of granola as I watched an episode of "Time Gentlemen Please", then had my usual rummage of the Internet. A friend was posting on Facebook about how easy it is to lose touch with people. This made me think - what with lock-down and various family calamities (which I have rather glossed over on here) I've not been that good at keeping in touch with people myself over the last eighteen months. I really should remedy that.
I got dressed in the dark; it was somewhat ironic that the ongoing battle between "er indoors TM", Pogo and Treacle had been abandoned and all three were snoring as I left home.

I eventually found my car. I'd had to park it some distance from the house. The parking bay outside had been closed so that the water company can fix the leak in the water pipe over the road from home. It had been leaking quite impressively for months (if not years) and needed attention. The water people were supposed to fix it today. I am reliably informed they finally showed up at mid-day, then sat around waiting for some drain-pumping truck to arrive

As I drove up the motorway through a rather cold and dark morning the pundits on the radio were commenting sagely on the news on the day (as they do). Apparently chums of the ex-Labour leader Jeremy Corbyn feel that the Labour party should apologize for their policy toward Brexit in the period after the referendum. I can't say that I agree, bearing in mind they didn't actually have a policy(!)

There was also a lot of talk about Lee Cain. Up until today pretty much no one had ever heard of him. Apparently he is one of the Prime Minister' unelected advisors who has resigned supposedly before he got pushed since the Prime Minister's "live-in partner" (is that the correct phrase?) doesn't like him very much.

And then after the frankly amazing news that a vaccine against COVID-19 may well be available before the New Year, Linda Lusardi has crept back from obscurity to denounce it. This really is one of the things that is wrong with our society, isn't it? A lot​ of the very people who should be having the vaccine now will turn it down on the strength that someone they used to fancy forty years ago thinks it is a bad idea, even though she has absolutely no scientific background to support her utterly spurious opinion. So many people value the opinion of celebrities over that of anyone who actually knows what they are talking about, even when the celebrity in question's only talent was for flopping out the jubblies.

(Not that I'm averse to jubblies being flopped out)

I took a little detour on my way to work today. A part of the ongoing Munzee Clan War I needed to "do" five Munzees that haven't been Munz-ed in over a year. There were three not that far from work. I got to the location of each and found that the reason that they hadn't been Munz-ed was that they had all gone missing. So I replaced them and "did" them and everyone was happy. I even got a little thank-you message from one of the people whose Munzee I'd replaced.

Compare that to geocaching where the done thing is to not lift a finger to help anyone, and sit back watching the hobby slowly die.

I got to work. Work was odd. Having done quite a bit of night work (on my own) recently, it was strange to have a lot of people about the place. A colleague was showing off photos of her daughter's home-made poppy. Her daughter' school had asked children to wear home-made poppies yesterday for Armistice Day since the head teacher had announced that "proper" poppies (bought from the British Legion) were a source of COVID-19 infection.

Personally I found myself wondering which ex-topless model had told the head teacher this little gem of wisdom (!). If a head teacher spouts this sort of crap, what hope for the future?

With work worked I took a little detour on my way home (five miles in the wrong direction) to “do” two more Munzees that haven't been Munz-ed in over a year. That didn’t take long; that part of the monthly Munz challenge is now sorted.

I came home and took a little while to find somewhere to park my car now that there is a big hole in the road opposite my house. Mind you I did chuckle when I saw that not-so-nice-next-door had ignored the parking restrictions and just abandoned her car next to the “Police – No Parking” bollards. And when I say “abandoned” I really do mean “abandoned” and not “parked”. I would not be surprised to hear that she’s never passed a driving test -she really is that bad behind the wheel.

She’s a strange woman. She practices her piano for over an hour every day and has shown no improvement in fifteen years. She is clanging away as I type this. But I’m not complaining; all the time she is making such an awful row, our dogs can all bark with a clear conscience…