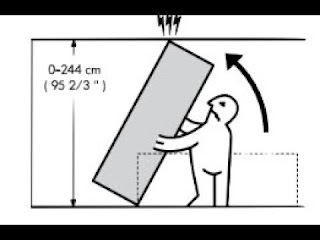 A rather restless night – when the dogs don’t sleep, nor does anyone else. I gave up trying to sleep and came downstairs where I chased Sid into the garden. He was most indignant about being hoiked out, stood in the back yard with a most offended air and went back inside at the earliest opportunity having done nothing.

I made toast and peered into the Internet. Having completed the November Munzee Clan War yesterday I’d got my rewards and so I was able to deploy a virtual brown onto the Munzee reindeer garden that is slowly coming together near Sevenoaks. Ironically Sid then deployed a non-virtual brown on the kitchen lino (in excitement) as "er indoors TM" came downstairs.

I sent out birthday wishes and seeing not much going on with Facebook I checked my emails for the first time this week. I’ve got an alert set up to tell me if any geocache within thirty miles of home has an archiving request. It makes for interesting reading. A cache near Dover had an archiving request on it as two people had not been able to find it. Only two!! And as is always the way, the person making the archiving request has found over a thousand caches and not hidden anything in the last seven years. The fun is fast being sucked out of this hunting Tupperware game.

The plan was to go for a little walk around the woods between Godinton and Repton, but "er indoors TM" didn’t think to tell me that she’d promised "Daddy’s Little Angel TM" a sewing machine lesson. Had I known this was on the cards I would have taken the dogs out two hours earlier. As it was I took the dogs (on my own) to Orlestone Woods where we had a little walk. A walk which was hard work. The car park was nearly full when we arrived, and the woods were heaving with dog walkers, all of whom had their dogs on leads, and all of whom seemed to be frankly horrified that I’d let my dogs off the lead. “Are you allowed to do that?” one chap asked. Another seemed to be about to burst into tears at the sight of my dogs running loose. Another one was amazed by whistle training. He proudly boasted that his dog *never* comes when called. I asked how he knew that when his dog is never off of the lead; he seemed to miss the sarcasm.

As we drove out of the wood’s car park at mid-day there were cars queuing to get in to the place. I shan’t be going there after ten o’clock again.

I came home, and seeing sewing class still in full flow I spent half an hour clearing up other people’s fallen leaves from the garden. And then, feeling rather grotty, I went to bed for a couple of hours.

Cheryl phoned – could I pop round? We dropped "Daddy’s Little Angel TM" at the railway station and went round to see the first fruit of my loin and his entourage. They had spent the morning trying to build a wardrobe. The instructions said to build the thing on its back then lift the completed wardrobe into place. But there was a problem with this in that the ceiling was in the way. After a little “Right Said Fred” few moments I hit on the idea of building it in place from the floor up. Rather logical really; how else could it be done? "My Boy TM" thought this was a rather good idea. To be honest it was; he forgets that his father is a genius. We had the shell of the thing together in less than an hour. Putting the back on took a little longer and sorting out the sliding doors was quite a game.

"er indoors TM" boiled up some pizza which we scoffed whilst watching two more episodes of “The Crown”. Again the episodes were very good entertainment, but a rather inaccurate history lesson.

I’m still feeling iffy – an early night might be in order…
Posted by Manky Badger at 9:43 pm