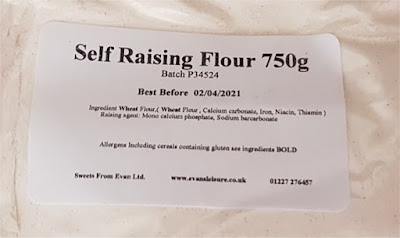 I woke shivering; an alliance of "er indoors TM", Treacle and Pogo had captured most of the duvet. I tried to get some back, but found myself fighting a losing battle, gave up, and got up.

Over brekkie I peered into the Internet. The Facebook page of the epically-chested porn-monger that I reported to the Facebook feds yesterday was still up and running. Whoever it is that runs Facebook has some very dubious standards. They will suspend users for using a name by which they are known rather than their birth name, but are quite happy to allow animal cruelty and pornography on their site.
There was quite a bit of politics being bandied about on Facebook too as people were trying to understand the Prime Minister’s proclamation that he made last Sunday. There were those who said that it was all perfectly clear and there were those who said it was all very contradictory. In these very uncertain times whatever the Prime Minister says will be wrong, but I can’t help but feel that if he’d made a point of speaking for a much shorter period of time, and re-recorded the message a few times to take out all the hesitancy, ums and ahs, and upper-class grunting noises, he would have come over a lot more convincingly.
Fortunately all the squabbling on the geocaching pages seemed to have died down.

I only had one email today. On 15 May 2018 I wrote about how the British Mammal Society were trying to survey the UK’s mammals and had created an app. The idea was that you photographed a mammal, said what it was and told them. Their experts would have a look and see if you got it right and using the GPS location on the photo they could build up a picture of the UK’s mammal population.
This morning they told me that I had correctly identified three squirrels in the park in July 2018.

"er indoors TM" distracted Fudge, and I took Treacle and Pogo round the park. We had a good walk; we had no “episodes” at all. We met other dog-walking acquaintances who all asked after Fudge. Several of them commented on all the other never-before-walked dogs that are infesting the park. I smiled – it isn’t just me who has noticed this.

With dogs walked I strimmed the lawn edges and mowed the lawn. Arguably it didn’t need mowing, but I’d rather keep it short and easily mowed (once a week) rather than breaking my back trying to hack down a jungle (any less frequently). I got the lawn mower and strimmer out, set them all up… and then went round with the poo shovel. Despite having already cleared the garden, my furry associates had again left their mark.
How can three small dogs produce so much dung?

I popped to the corner shop. As I got there I saw a “rather delightful family” outside. The young mother (with earphones in each ear) shrieked at the four children (all coughing profusely) to stay outside the f…ing shop.
Three of them stayed outside the f…ing shop, but the fourth tried to follow her mother in and got her hand shut in the door. As she cried so her brother yanked her hand out and made her cry more. I told the young mother about this when I went in. She glared at me for making her take an earphone out, announced “whatever”, bought forty cigarettes, and then went out and screamed at the small child who was crying.
She’d got her cigarettes; I got two packs of self-raising flour. A month or so ago toilet roll was like gold dust; now it is baking ingredients.
"er indoors TM" seemed pleased with the self-raising flour. Even more pleased than I was, which was odd. She’s the one who does the baking. Mind you she’s getting good at it.

After a quick cuppa I took Fudge to the vet for a blood pressure check. As we waited so another “family from hell” arrived with some sort of killer-murder-hound in tow. The receptionist politely reminded them that only one person is supposed to come to the consultation. The mother of the tribe laughed contemptuously, pointed at the father who was fighting with the dog, and loudly announced “well, I can’t drag that f…er about, can I?”
Bearing in mind Fudge’s problems of the last week we got seen by the vet rather than the nurse (as had been planned). She could find nothing obviously causing him pain, so said to carry on forcing him to rest. His blood pressure was one hundred and fifty-two (vets don’t measure the diastolic pressure) which is pretty much what it was last time, which was good. However having seen the vet, the bill was twice what I’d expected to shell out.
Oh well… I didn’t want that Lego lunar module model anyway (!)

With yesterday’s wind having gone I spent the afternoon in the garden painting fence panels. I got four and a half done before the blister I’d generated burst and it was too painful to carry on. I pootled a little in the garden. Not-so-nice-next-door was in her garden. I thought about mentioning her broken fence, but bearing in mind she always pretends to ignore me I just shook it and loudly told the dogs not to go through the wreckage.
Talking of fences I wonder if I should chivvy the fence man. He had a socially distanced look at my fence on Saturday but hasn’t given me a quote yet.

I distracted Fudge whilst "er indoors TM" took Treacle and Pogo up the park. When she brought them back I had the job of bathing Treacle; the foul creature had rolled in something disgusting.
Did I ever mention I never wanted dogs?