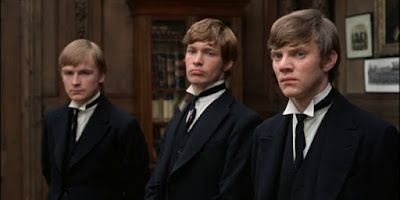 Being the first of the month I got myself a new razor blade from out of the cupboard. That made for a much more comfortable morning’s scrape. I made toast then peered into the depths of the Internet.

Yesterday I posted a little rant onto Facebook about the Thursday evening clapping. If people want to clap, that is up to them. I was a little concerned that if people don’t want to clap or are unable to do so (for a myriad reasons) then that is no longer up to them. It is now seemingly up to a growing self-appointed jury who judges them and advertises their non-participation in social media. This morning I was amazed to find that over eighty people had agreed with me.
I posted up my third choice of film… today’s was a particularly obscure one.
I then had a message from the local Munzee group. April’s clan war was over and I’d been elevated to clan leader. Whilst geocaching is currently dead in the water, what with Munzing being something that can be done whilst walking the dogs or going shopping it seems to be having something of a resurgence.

We settled the dogs and I drove "er indoors TM" up to Gillingham. Regular readers of this drivel may recall that the "er indoors TM"-mobile went belly-up on March 22. The car has had a good innings, but it had reached the point where replacement was cheaper than repair, and what with her firm talking of opening up their office very soon, a replacement car was very much needed.
She’d spent quite a bit of time looking on-line to find what she wanted (to me all cars are the same), and the car of choice was in Gillingham.
We got there, we had a test drive. She bought the thing. I must admit I was amazed at how quick it all went.
I was also amazed by the salesman’s face mask. I stopped myself from rolling my eyes when I saw that he was wearing a rather ill-fitting one. For much of the time he had the thing under his nose so that he could breathe, and he took it off several times so as to use his phone. So many people are wasting these face masks in this way. These things would all be far better off in hospital wards and in care homes where they would be used properly.

Having driven up in one car, we came home in two. There’s no denying that I nearly came back in a different car. I’d liked the look of one of the cars that I’d seen there, but I thought better of getting it right now. My car has been recently serviced and MOT-ed, and with a re-sale value of (about) only five hundred quid I’m realistically better off driving it until it dies.

Once home I walked the dogs round the block. I would have gone further but the rain was against us. I scoffed some cheese on toast and took myself off to bed for the afternoon where I slept for a couple of hours.

I woke to see I had a message on Facebook. A month ago I gave my Geocaching Adventure Lab a bit of an overhaul. Some cowardly anonymous person from Australia had published all the answers on-line together with instructions on how to blag the thing. I changed the questions and answers so that they couldn’t be found out from Google Street View, and whoever it was who gives out all the spoilers didn’t like it. There was quite a nasty little rant about me on the geo-spoilers page.
I’ve not replied; it just encourages him…

Hopefully "er indoors TM" will boil up some dinner soon, and then I’m off to the night shift…