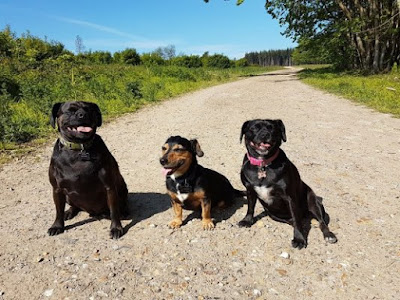 Whilst everyone else snored I made some toast and peered into the Internet. I chuckled a little as I read the ranting on Facebook. I have various Facebook friends who are staunchly Conservative, Labour, Liberal Democrat and Green Party supporters. All were accusing the BBC of being biased against their choice of political party and being biased in favour of their opponents. I thought better of making any comments; all of these people are rather odd. All really do feel that having their choice of political party in power really would have us living in a utopia *until* their party gets elected. At that point there is a lot of noise about just how crap the world would be if the opposition was in power. All seem oblivious to the fact that all parties have had a go in power (nationally and locally) and all have succeeded and failed to various extents.
Pausing only briefly to delete a friend request from Sanjoy Sarkar (who?) I sent out birthday wishes, and again chased up the refund for those Lego plates that hadn’t come.

I got the dogs onto their leads; for the first time in two months we did “boot dogs” and drove up to Kings Wood. We had a rather good walk; for the first few minutes we were followed by a rather noisy normal person. Walking in flip-flops, everything he said to his pal came out as a shout, and I could clearly hear his conversation from two hundred yards away. But he and his pal soon turned off and left us in peace. Which is more than they did for the wildlife; only a few minutes after they went so a dozen deer came running past from the direction in which they’d gone. The reaction of the dogs was amazing; I was expecting them to be shouty and maybe give chase; instead all three stared in frank amazement.
The main reason for going to Kings Wood today was to finalise plans for my new geo-series which was put on hold when lock-down closed the woods. I got the last set of GPS co-ordinates that I needed, and we came home where I showered the fox poo off of Fudge. I wish he wouldn’t roll in the stuff.

I then drove round to Wickes where I collected the wood that "er indoors TM" had ordered to fix the arbour, then my phone beeped. I had an email. I’d got the refund for those base plates. That was a result – I was about to just give up on that.

"er indoors TM" boiled up a surprisingly good ham sandwich which I devoured, then I spent much of the afternoon painting more fence panels.
The nice fence man has given me a quote to replace the fence between our garden and new-next-door… well… not so much the fence as the uprights. This are the bits that rot through and are back-breaking to replace. He says he can swap them out for concrete uprights into which the existing fence panels can slot, and I can then replace the panels later when money permits. Having the nice man fit new concrete uprights won’t be cheap, but he’s quoted about a thousand pounds less than I thought he might, so here’s hoping. Salvaging the existing panels will save a few hundred quid so that’s why I’ve got handy with the paint brush. He says he can start in a couple of months.
The fence between our garden and not-so-nice-next-door is a different matter though. It is lower, but many of the uprights have rotted through and they’ve done nothing to repair any of them. A lick of paint made it look better, even if it didn’t address the actual problem. The actual problem being her-next-door’s problem.
After I’d got eight panels painted I found I couldn’t actually move any more, so I sat in the sun and read my Kindle for a bit.

We had a very good bit of dinner whilst watching more of “Ricky and Ralph’s Very Northern Road Trip” which is a very good show. However it does totally ignore the fundamental difference between Northerners and Southerners which is that the Southerners don’t care that Northerners come from the North.

"er indoors TM" joined in with the bi-weekly Zoom chat. I didn’t tonight... I’m beginning to get fed up with these Zoom chats. More and more no one talks of anything but the ongoing pandemic and  I find that despite having spent nearly forty years studying and working with human disease and having one or two post-graduate qualifications in the subject, I’m being very superciliously told that everything I’ve learned is completely wrong by garden centre till operators, telephonists and McDonalds chip-fryers…

I think I spent too long in the sun today…