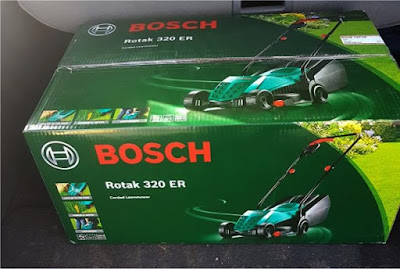 As I scoffed brekkie I saw that a friend was posting on Facebook about the imminent advent of nuclear fusion power stations. Apparently it is thought that nuclear fusion will be a viable power source within twenty years. Clean cheap energy… it is a shame that nuclear fusion has always been about twenty years away for as long as I can remember.
It was even more of a shame that other people on Facebook were confusing it with nuclear fission (which is a very dangerous and dirty way to make electricity).
Other than that, not a lot else was happening on Facebook this morning.
I checked my emails. The government had responded to a petition to restrict the sale of fireworks to organised events. Apparently they see no need to do this as they believe that “the majority of people who use fireworks do so appropriately and have a sensible and responsible attitude towards them”.
Really?

I took the dogs for a quick circuit of the park. The walk went well; Pogo only shouted at one other dog. A shame it was OrangeHead’s dog, but there it is.
With walk done I set the dishwasher going, took laundry off of the clothes horse and radiators, harvested the crop of dog turds that had ripened in the garden, and spent half an hour writing up CPD.

With the dogs settled I set off in the vague direction of work. I drove round to B&Q first. Have you ever been to the car park of the Ashford branch of B&Q? Something odd is going on there. The shop doesn't have that many people working there. There is never that many customers. And the car park is always full. There are probably four times more cars than you could realisticallly account for.
Are people parking there and walking up to the train station? It's quite a walk.

I went in; I found a cheap(ish) lawnmower. And bearing in mind how much condensation there is in my car I asked the nice lady if they had dehumidifiers. The nice lady had no idea what I was talking about, and looked at me as though I was the stupid one. When it became clear I wasn't going away, she eventually suggested I went and asked the nice man who was standing at the other end of the store. I went and asked him. He gave me an odd look; when I told him that he nice lady had told me to ask him, he said a rude word, and suggested I might follow him. We walked past the nice lady where he said another rude word, and eventually I got my dehumidifier.
Just as I was setting it up in the car "Daddy’s Little Angel TM" rang. She seemed amazed that I should be in B&Q's car park.
I drove on up the motorway to Notcutts garden centre. My gaiters had developed holes since I'd last worn them and so I thought I might get new ones. The nice man at the shop asked if I wanted one of their loyalty cards. Quite frankly I didn't want yet another card, but when he said that if I took it, he'd knock a fiver off the price I felt I couldn't say no.
I then tried to get back to the car park.
Have you ever been to Notcutts garden centre? It is the sort of place about which I get nightmares. It is a maze which seemingly has no exit, and is filled with swarms of people blindly bumbling about; not a single one of them looking where they are going. And it was heaving with Christmas decorations too. I considered getting a singing reindeer's head, but it cost about thirty quid more than I was prepared to spend on it.
When I eventually got out I thought I might try for the two munzees in the car park. Both were there; neither worked. Both had faded over the years and both needed repair.

I went on to work where the car park was rather busy. But once I'd eventually parked I made my way to the works canteen. Pie and chips went down well.
Much of the afternoon was spent in a state of sulk. Apparently the Queen was visiting somewhere or something locally and had driven past, and we'd all missed it. We'd have welcomed the chance to have skived off for five minutes to go cheer at her cavalcade.