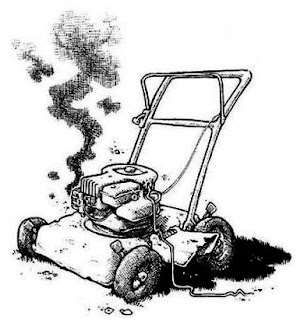 As I had my morning root around Facebook I saw that a family member was again posting pro-Brexit memes. This morning’s one was banging on about how Britain and the Commonweath had won the Second World War and liberated Europe from the Nazis, and so the EU should shut its rattle.
Isn’t there some logical fallacy here? Since the UK defeated part of Europe in a military action seventy-five years ago it should not be part of the European Union? By the same token since the UK obtained much of the Commonwealth by military action should it not have anything to do with the Commonwealth either? And what about the role of all the free French and Free Polish fighters in all this?
And what about all those who died in the battles between the various kingdoms in ancient Briton? Isn’t having a “United Kingdom” offensive to their memory?
Or perhaps the world has moved on, and the sooner that the jingoistic hoards realise that Britannia hasn’t ruled the waves for over seventy years, the better?

I took the dogs out. With rain forecast later (!) I drove them down to Orlestone Woods where we had a rather good little walk. We only met one other person. Mind you her three dogs were rather large and boisterous; both Pogo and Treacle ran in terror. Treacle screamed as she ran. There was no reason for her to have screamed in terror as she did; the nice lady with the other dogs was rather upset by it, and I had to reassure her that her dogs had done no wrong.
Pogo’s reaction to the other dogs was interesting. Having seen his sister was nowhere near them, he ran away. But when Fudge (straggling miles behind as always) met up with the other dogs he marched up to them as he does. It was then that Pogo started barking. Perhaps he just shouts at other dogs to protect his own pack?
As we walked through the woods on our own I could hear something huge crashing about in the undergrowth. Deer? Wild boar? I’ve no idea, but other walkers there have told me they’ve also heard big things crashing about in those woods.

We came home; the dogs had a bath. I put the dogs’ towels in to scrub, I ran round with the Hoover (my Hoover I made by the Dyson corporation), I filled the car with rubbish then went to the tip. On the way I collected "My Boy TM" and some of his tip-rubbish. He had a door to take to the tip, and had sawn it into two halves so it would fit in the car. I did wonder how he’d managed to have a door to throw away, but I’ve found it best not to ask in situations like this.
It was as we loaded up his stuff for the tip that the rain started.

With tip rubbish tipped I went round to B&Q. the bedroom lights have blown and we needed replacements. Have you seen the price of light bulbs recently? The ones I needed were five quid each. Each!!

I came home via the corner shop where I got some lunch. As a special treat I bought myself a tin of cherry and vanilla flavoured Doctor Pepper. The stuff was “limited edition”, cost one pound fifty, and wasn’t all that at all.
I hung out washing, I put more washing in, I scoffed lunch and fell asleep in front of the telly until "Daddy’s Little Angel TM" phoned.

I hung out more washing, and seeing how the rain had stopped I went into the garden for a bit. I harvested quite a lot of dog dung, raked up loads of leaves, and then got the lawnmower out. Seeing it is a week since the lawn was last mowed, and it will be a week before I get another chance I thought that now would be the ideal time to scalp it.
Things went swimmingly until smoke came out of the lawnmower.
Faced with a lawnmower about to burst into flames I did what any sensible person would do. I put the news onto Facebook. Needless to say it generated quite a bit of hilarity.
I now have to get a new lawnmower, and have to dispose of the carcass of the old one. Ironically I was in B&Q and at the tip this morning. But with the lawn actually mowed (I got the job done before the smoke got *too* thick) I’ve got a week to chivvy up a replacement.
Can any of my loyal readers recommend a decent lawnmower? The one which has just gone west was a Flymo Hover Vac 280; having bought the thing on 29 August 2017 (keeping a diary is a useful thing!) it only lasted a couple of years. But in Flymo’s defence my previous lawnmower was the model down from what just went pop, and it lasted about eight years (I got that one on 5 April 2009).

Bearing in mind that having spent out on new specs (which will probably need to be replaced!), car issues and Fudge’s vet bill, shelling out for a new lawn mower is a “pain in the glass” (to quote "Stormageddon - Bringer of Destruction TM" ). So I phoned the pet insurance people to chivvy up the insurance claim. Having had them send the paperwork back once I wanted to be sure there were no more problems with my claim. The nice man at the pet insurance company told me that they’d sent the claim back to the vets for more information. The initial symptoms with which Fudge presented were rather vague. They wanted more than “weight loss”. I politely pointed out that a dog is unable to explain the feelings and signs of renal failure that a human would be able to do so, and the nice man was forced to agree. He assured me that a payment of the fat end of five hundred quid would be in my bank account soon.
Good.
I could do with that.

"er indoors TM" came home, boiled up dinner and went bowling. I’ve put on a film. “The King” features the early part of the reign of King Henry V. According to Wikipedia it is based on a lot of the plays of William Shakespeare.
So far it is rather turgid…