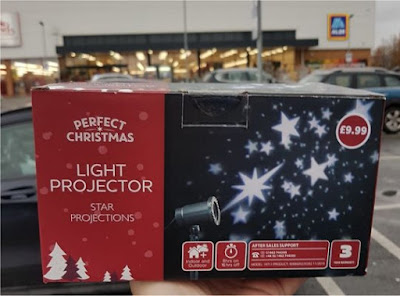 I slept well. As time goes on I find I am going to bed earlier and earlier… but still waking far earlier than I would like.
Over brekkie I watched more of “The Crown” on Netflix. Some of this morning’s episode had been filmed in Rye and Winchelsea. I do like seeing places I know on the telly; it somehow makes the show more believable. Mind you seeing what was supposedly Princess Anne “doing the dirty deed” wasn’t believable for the simple reason that she’d kept her undercrackers on. I’m no expert on the matter, but usually removing undercrackers is a prerequisite for “doing the dirty deed”.

I had a look at the Internet. A few weeks ago I mentioned that I’d turned down a nomination for the committee of the Geocaching Association of Great Britain for the simple reason that no one was able to tell me what they actually did. I saw that the results of their election were announced yesterday. A friend has been elected – he assures me he’ll tell me what they do… when he finds out himself.
I had one email this morning. Amazon were selling science-fiction and fantasy e-books for a quid each. I clicked on the link and was presented with a myriad of books; thrillers and mysteries…

Bearing in mind the amount of time I sat stationary on the motorway yesterday morning I checked the Google Traffic thingy before setting off for work. It claimed there were no delays on the way to Maidstone.
It had lied.
The Google Traffic thingy had totally missed a major traffic jam at the cows roundabout (not five minutes' drive from home), and by the time I'd got to Maidstone the motorway was so gridlocked that I came off of it early and took a diversion through Aylesford.

As I drove the pundits on the radio were spewing their morning drivel. Apparently Michael Heseltine (stalwart of the Conservative party for as long as anyone can remember) was advocating that people should vote for the Liberal Democrats, and the Chief Rabbi had announced that Jeremy Corbyn was not fit to be Prime Minister.
Interesting times.
As I was driving past I popped into Aldi. Yesterday I'd forgotten to get any jam, and as I was back in there I bought that Christmassy light projector thingy that I'd seen yesterday. I was wondering if they might have sold out. I don't think they'd sold any. Perhaps I might have thought about that before I shelled out my hard-earned money?

I got to work and did my thing. As I worked it was pointed out that a colleague had had a hair cut. Her once waist-length hair had been shorn. Apparently she grows it that long every year, then has it cut off and she give it to a charity that makes wigs for small children who have lost their hair through cancer treatments.
That's a kind thing to do.
Some colleagues went running at lunch time. Apparently they ran for over two and a half miles. I commented that if we were supposed to run, then God would never have made buses, but my sage advice fell on deaf ears.
I also got my shift pattern for January through to March. I've got to work a few weekends and a few nights, but I'm not complaining.

I was a tad late getting out of work. I got home just as "er indoors TM" was taking the dogs out. We had a drier walk than yesterday evening, and I even got a “First to Munz” too. You can’t beat a Munzee.

Once home I tried out the Christmassy light projector thingy. I think it’s pretty sexy, but there is one major drawback. Billed for indoor use only, it comes with a ground stake for spiking it into the ground. There’s no way to stand it on a shelf. I’ve had a genius idea to put it in a flowerpot.
I must admit that I’m rather disappointed that the dogs have completely ignored it.
So far…