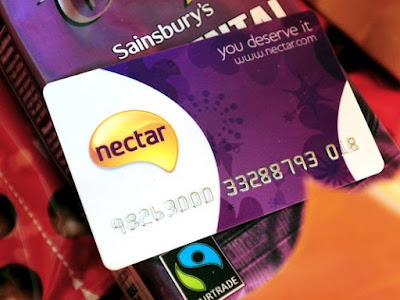 Treacle spent much of the night coughing. When she wasn’t, she was sneaking into the bed and then getting rudely hoiked out by me. I don’t mind the dogs *on* the bed, but I can’t stand them *in* the bed.
When we finally got up she had a small drink of water, and the coughing stopped... for a while.

I made myself some toast, and read an advert on Facebook this morning that blew my mind. Swap my vote dot com (quite frankly) sums up all that is wrong with our so-called democracy. Its website is currently broken, but you can read about it here. Basically if you live somewhere where the standing candidate has such a large majority that you can be sure they won’t be voted out, you can “swap your vote” with someone in another constituency.
The idea is that… take me for example. A hat stand with a blue rosette would win any election in Ashford; the Conservative majority is so great. My vote makes no difference. But where my brother lives in Hastings the current MP has a majority of less than three hundred. Votes made there can count. So I could come to an arrangement with a voter in Hastings that I would vote Conservative and they would vote for whoever I suggested.
You might think that this would be an idiotic thing to do. It is. But in such a scenario I would know that my vote had actually counted for once, and the hypothetical person in Hastings would be happy that they had voted for the winner.
It turns out that a *lot* of people don’t really care who gets in; they just want to have voted for the winner.

"er indoors TM" refereed the dogs’ breakfasts (it can get heated), and I then took the dogs round the park. The walk went rather well I suppose; Pogo was only called “a horrible dog” once. Personally I think that (on this occasion) he was the injured party. If some silly woman is going to let her little dog go charging up to other dogs (barking and shouting), she really can’t complain when the other dogs shout back.

I came home, set my lap-top doing its weekly update, and watched an episode of “Green Eggs and Ham”. It was rather fun. I was glad I’d set my lap-top updating whist I was doing something else and not waiting for it; it took nearly twenty minutes to sort itself out.

I set off to work. Usually I'd get shopping and petrol in the Sainsbury's at Aylesford, but just recently the traffic there has been too much like hard work. So I went to the Ashford branch today where I very nearly smacked some silly old fool round the ears. With the entire world to stand in and stare into space for no good reason, why chose to do so right in the shop's doorway?
I got razor blades (not cheap!!) and then drove off up the motorway.
Usually I find a little adventure for the way to work, but not today. I just went straight there. Unlike yesterday when I took an age to park, today I parked my car within seconds of getting there.

I went into the canteen (as I had time to do so today). Dinner was good, but I made the mistake of having the spotted dick and custard. It was rather good, but it sat heavy. It sat heavy for the entire late shift.

And in closing today, it is now exactly a year since I got my Nectar card. In that year I’ve accrued four thousand and sixteen Nectar points which is worth twenty pounds and eight pence. Hardly a life-changing amount, but looking back it is far better that the Morrisons card I used to use when I worked in Canterbury. I only got a fiver a year with that.