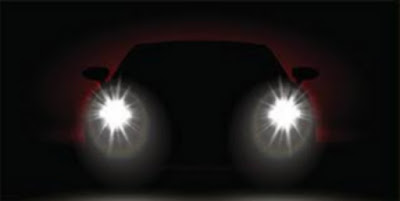 I was fast asleep when my phone went off in the small hours. Someone had dialled the wrong number.
Oh how I laughed.

I shared my toast crusts with Fudge as I watched another episode of “Man Down”. It’s only the second episode, but I’m quite getting into the show. As I watched it I sorted the socks and undercrackers that I’d tumble-dried last night. As most of the world was still snoring I was organising my pants. There’s never a dull moment in my life!
Mind you the small part of the world near my house didn’t snore long this morning. Friday is bin day. The dustbin men *could* have been noisier if they’d tried, but it would have taken some doing.

With telly watched I turned on my lap-top to see what had happened overnight. As I read Facebook this morning I saw something which made me sit up and take notice. On one of the work-related Facebook groups I follow were some photographs of blood cells. Quite often there are such photographs of blood cells which are malignant or dysplastic (manky) or just “odd”. The idea is that by sharing such unusual cases we can all gain experience. The blood cells I saw this morning were characteristic of acute leukaemia, but the patient in question hadn’t presented at the GP as is usually the case. They had been brought into a trauma centre with massive gunshot wounds (which turned out to be self-inflicted).
This case was one from America.
In the UK if you are diagnosed with leukaemia there is often a reasonable chance of a recovery (look at Clive James and Timothy Spall) because although the treatment is very expensive, we have a national health service. Free health care.
In America you pay for your healthcare if you can afford it. And if you don’t you die. Realistically shooting yourself is a far quicker and cheaper way to treat leukaemia than to suffer a protracted death from an insidious cancer.
Bear this in mind when you are voting for a political party which is advocating for an American-style way of funding healthcare…

As I drove to work the pundits on the radio were again drivelling on about political issues and the upcoming election. There was quite a bit of consternation being expressed about some interview panel on Channel Four last night in which the Prime Minister declined to take part, and so they use a melting block of ice as his stunt double.
There was also talk about how ecologists in Antarctica are monitoring penguin numbers and movements by satellites. This is far less invasive and disturbing for the penguins than having someone wander out to bother them.
And a sight warmer for the penguin counters too I dare say.

Compared to the traffic jams of earlier in the week I made good time to Maidstone. I stopped off at Aldi; yesterday we had our "Secret Santa" draw and seeing how I won't get many more chances to call in at Aldi before Christmas (I'm working at Tunbridge Wells for the next few weeks) I thought I'd better get the pressie today. I wondered about buying a "Kevin the Carrot" toy. They were selling three-feet tall "Kevin the Carrot"s - but who on Earth wants a three-feet tall "Kevin the Carrot"?
I bought a different pressie. I paid for it, and got it in a cheapo carrier bag. The cheapo carrier bags in Aldi can be used as bags in the food waste bins. I like that idea - that way I can re-use it. I don't tend to re-use the other carrier bags I get in Aldi - they just get stuffed into my locker at work. interestingly there are calls to increase the prices of carrier bags substantially (to over seventy pence each) as apparently the average family has already bought and used over fifty-five so-called "bags for life" this year.

I went into work. During a lull in proceedings I phoned Halfords in Ashford. As I drove this morning I saw the reflection of my car - it looked as though one of the headlight bulbs had gone. The nice man on the phone said he'd got a replacement, and would fit it for me on my way home this evening.

They did. And they only charged me eight quid for doing so. Result!!