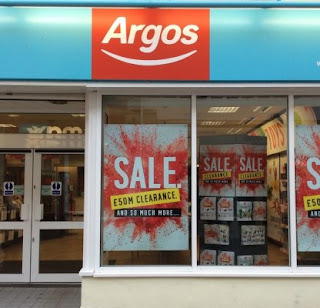 "er indoors TM" got up at four o’clock. She let the dogs out for a tiddle as their shouting woke me and probably half the county. The dogs have this thing where going into the garden is one big shout which is led by Fudge, and if he doesn’t want to go out, the other two simply refuse to go out.
After an hour or so I gave up trying to sleep and watched another episode of “Green Eggs and Ham”. A colleague told me yesterday that her (pre-school age) children quite like the show too.

Very little had happened on Facebook overnight, but I had a few emails. Some people had been out hunting some of my Wherigos over the last day or so. Some people like the things; some say they don’t but won’t even try to do them. Some make a point of ignoring all instruction and then try to complain when they do it wrong… Ho hum…
I shall ignore what they say in their written logs. It never fails to amaze me that those people who’ve not hidden a film pot under a rock in over six years aren’t more encouraging to those that have.

It was rather cold again this morning.  As I drove to work the pundits on the radio were talking about the Labour party's plans to go back to the good old days of having local councils providing housing and social care and running the buses and doing all the sorts of things that a local council really should be doing.
There is a school of thought that these things can be done more efficiently by the private sector, but after many years of this, it is no secret that the private sector is doing all these things to make a profit, and making a profit entails doing it on the cheap. On the one hand, having councils do the work of a council will cost a small (large) fortune. On the other hand, no one uses the buses because there aren't anywhere near enough, and no one can afford the rents charged by private landlords.
Some good may come of the Labour party’s plans. Who knows?
There was also talk of the impeachment trial of President Trump. He's been accused of all manner of wrongdoing. The expert opinion on the radio this morning was that he is as guilty as sin, but because all those who get to decide his fate are terrified of him, he will get off scot-free.
Will he? Time will tell; it always does.

I got to work whilst it was still dark and did my bit. And with my bit done I came home. An early start made for an early finish, but by the time I’d been to Argos and then made a phone call I found myself bogged down in the rush-hour traffic.

Once home I walked the dogs round the block. Three dogs is hard work. I fed the dogs, then "er indoors TM" messaged with instructions on how to cook sausage and chips. I had a go at boiling them up; fortunately "er indoors TM" came home before I totally poggered them.

Today was dull… the highlight of the day was going to Argos… that’s pretty dull.
Posted by Manky Badger at 9:27 pm