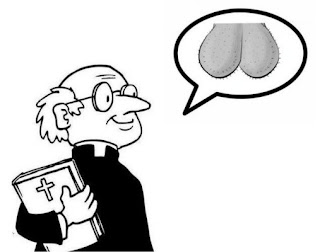 Over brekkie I watched the last episode in Netflix’s current series of “The Queen”. One bit made me think. Her Majesty was in bed asleep. One lackey came in and opened the curtains, another delivered the morning cup of tea, others were busying about in the background. I suppose the Queen is used to that; for myself I like getting up quietly (whilst everyone else is still asleep) and having some time to myself before I have to be civil.
Now that the series is over I wonder what I might watch next.

I sparked up my lap-top to see if I’d missed much overnight. I don’t think I had really. The on-line Lego community were very excited because the Lego corporation had bought out what had been a fan-run Lego website on which you could get designs of old Lego kits. Some saw this as a good thing, others saw it as a bad thing. But (as is the case with most hobbies) very few realised that their hobby is someone else’s business.
I had a dozen emails this morning. But not one that had actually been worth sending. I deleted the lot and got ready for work.

As I drove to work the pundits on the radio were interviewing the Labour Shadow Secretary for Justice. He seemed to take reports that Jeremy Corbyn had (last night) given the worst political interview in history as something of a challenge. He appeared to be determined to outdo his leader. The chap flatly refused to answer any question put to him, and tried to deny facts which have long been established.
This upcoming election is really going to be all about choosing the least worst option.
I was rather amazed at the "Thought for the Day" section which started off as a sensible and reasoned discourse, but after a couple of minutes (when most people would have stopped listening) the vicar presenting this bit just started repeating "blah blah Jesus".
It’s the sort of thing that most vicars do.

I came off the motorway early again this morning. As I drove through Aylesford I saw that petrol prices there were six pence a litre more expensive than what I'd paid last week. I got to Sainsburys where the prices were two pence a litre cheaper than last week. But that was eight pence more expensive than just a mile down the road.
It pays to shop around.
Amazingly when I came to pay I was asked for my Nectar card.  That happens very rarely. When you are next shopping in Sainsburys, watch the till operatives. They always ask women shoppers about Nectar cards, but rarely (if ever) ask the men.

I got to work, and I had a rather paranoid day. It is no secret that if I make a mistake in what I do I could kill someone. That’s why I’m very picky in what I do, and if ever you hear that the hospital lab has rejected your blood sample, there is probably a very good reason for it. We’d heard of a case in a hospital in America where two people with identical names and rather similar dates of both had been confused, and one had received a kidney transplant by mistake.
Whoops!!
I’ve made mistakes before. I hope I never make one on that scale.

I came home; "er indoors TM" and I took the dogs out (despite the rain). We all got rather wet.
"er indoors TM" then boiled up a rather good bit of scran which we devoured whilst watching an episode of “Junior Bake Off”. I do like that show; the children on it are incredibly talented. But it upsets me at the end of each episode when one gets knocked out (but it doesn’t upset me as much as it upsets them).

I then had a look at the monthly accounts. I’m far from skint… I’m just nowhere near as rich as I’d like to be…