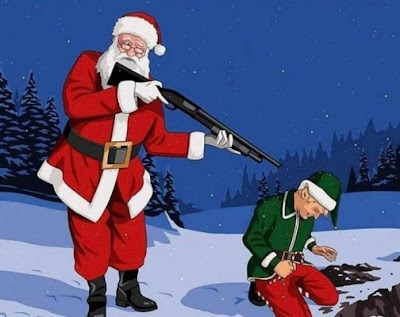 Unfortunately the dogs had a restless night, and when they are restless, so is everyone else.
Over brekkie I watched an episode of “Man Down”. Originally broadcast some six years ago it was entertaining, and featured the late Rik Mayall.

I sparked up the lap-top and peered into the Internet. Not a lot was happening on Facebook really. There was quite a lot of political rubbish being posted. But for every post about how terrible the Conservatives are, there was another post about how awful Labour are. Both of the main parties seem to have as their election catch-phrase “vote for us – we aren’t as bad as them…”
LinkedIn had emailed me (yet again) asking if I knew random strangers.

As I drove to work the pundits on the radio were talking about the latest poll about the upcoming General Election. Our old friend Science has devised a really super-doper way of finding out how the general public are going to vote and has predicted that the Conservatives will win with a majority of about sixty-eight seat in the House of Commons.  That struck me as a rather frightening prospect until it was pointed out that the margin of error in this prediction was so large that it was equally possible that the Conservatives wouldn't even win at all.
So why bother with the prediction in the first place?
There was then talk about Mr Corbyn's latest revelation. He's obtained over four hundred pages of secret documents which (he claims) prove that the Government are going to sell off the NHS. Interestingly every single expert who's *not* a member of the Labour party feel that these documents prove no such thing.
There was a lot of petty bickering on the issue.
A Rabbi was then wheeled on to give the "Thought for the Day" in which he suggested that the world might be a better place without all the petty bickering.

I got to work with no hold ups or delays today. Work was much the same as ever, but I did get to spend a little time with one of the trainees explaining to her the intricacies of human red cell metabolism and white cell function.  I used to do that all the time... do I miss it? I miss the teaching bit. I certainly don't miss the paperwork that goes with it.

With my bit done I came home along roads which were nowhere near as busy as they were last night. I took the dogs round the roads for a walk. Some houses have had Christmas decorations up inside for some time; this evening I saw the first full-blown garden Christmas display with illuminated snowman, inflatable Santa, reindeer, lights and pressies.
Don’t these people realise that Santa shoots an elf for every Christmas decoration that goes up in November?

We came home, and it wasn’t that long before "er indoors TM" came home. She’d been Christmas shopping.
A good bit of tea, and episode of “Junior Bake Off”… I need an early night.