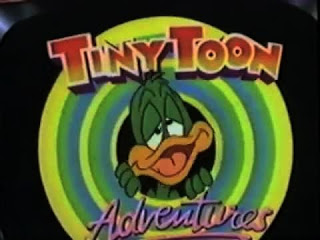 After a particularly restless night I made myself some toast and watched another episode of “Green Eggs and Ham” as I have done recently. I thought there were only eight episodes of that show, but I’m now up to number nine.
I then had a look at the Internet. With absolutely nothing at all having happened overnight, and with no emails at all, I downloaded a new e-book and I got myself ready for work.

It took over quarter of an hour to scrape the ice off of the car (outside and inside).

I set off for work. Narrowly avoiding being splatted off of the motorway by a Polish lorry I drove off in the general direction of Maidstone. As I drove I listened to the pundits on the radio who were interviewing some chap from the Green party. He had this revolutionary idea that people might want to use public transport *if* it was more attractive than having your own car. He's probably right. I spend about as much on petrol getting to work as I would on train fare. But I can get to work quicker and in much more comfort in my car. If it was cheaper to get a train and I didn’t have to stand about shivering on cold platforms waiting for trains which were running late or had been cancelled, I'd get the train.
Mind you I might need to get used to the idea of cold railway stations - the Green party haven't ruled out the compulsory purchase of all old petrol cars in order to save the planet.

I got to work; I did my bit. For much of the day I was humming the theme tune to "Tiny Toon Adventures" for no reason that I could fathom.
I came home and walked the dogs round the block. Christmas decorations are starting to appear in the local houses.

With walk walked I made a phone call. I’d had a letter about the house buildings and contents insurance renewal. The insurance company were planning to charge over sixty quid more for next year’s cover. I phoned them up, had a whinge, and got the same deal for an increase of only eight quid.
It pays to phone them up. I phone them up every time they send a quote through, and every time they reduce the quote by massive amounts of money.

I put the telly on and watched the live political debate between the Prime Minister and the Leader of the Opposition. I shall be intrigued to hear what the informed opinion about the debate will be tomorrow morning on the radio as it seemed to my uneducated eye that Mr Corbyn ran rings round Mr Johnson (could you believe it).

"er indoors TM" came home. She’d been visiting "My Boy TM" and Cheryl, and came home with some home-made stew for me. It was rather good…