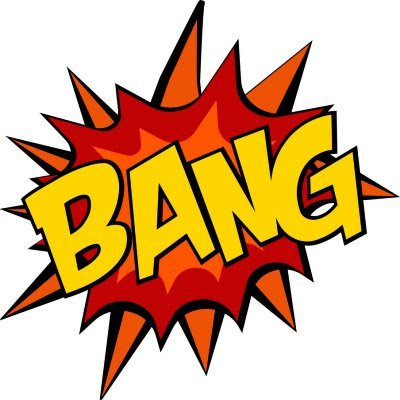 I woke in the small hours and went to the loo only to find the bathroom light switch was poggered. Apparently "er indoors TM" told me all about it last night? I think I must have been asleep.
I watched an episode of “Big Mouth” as I was awake. I went back to bed and slept through till eight o’clock.

Over brekkie I checked my emails and saw that I had received a reply from my query to geocaching dot com. Yesterday I mentioned that I’d created an adventure Labs tour of Ashford. The whole idea of the thing is that you tour round Ashford. Within hours of it going live, some chap from Finland had hacked the system and logged it all. Bearing in mind that he had been claiming to be finding physical geocaches in Finland at the same time, there was some cheating going on. Cheating is rife in the geocaching world, but it seemed to me that the people at geocaching dot com should be made aware there was some problem with their system if someone could claim to be in Ashford when they were actually a couple of thousand miles away.
The people at geocaching dot com said that this chap had clearly hacked their system. But they had no idea how he’d done it and had no way (or inclination) to remove his clearly fraudulent logs.
The people at the head office of geocaching dot com boil my piss. They have such high-flying plans, and such poor capability. What they have created is basic in the extreme, and you *really* can’t play the game without recourse to third-party apps and software because what they have simply isn’t fit for purpose.

I sent out a couple of birthday messages via Facebook, then read the latest doom and gloom about Brexit. Apparently the nation is about to run out of bog roll.

I took the dogs out for their morning constitutional. We went up through Bowen’s Field and into the park. As we walked we met a geo-buddy who was full of praise for the Crystal Maze Wherigos I’d been working on recently. I was pleased about that.  A little later we met another friend, and Fudge played with her dogs. It was a shame that Treacle cowered in terror, but Fudge enjoyed himself.
We came home and I was again sweating and worn out. I was hoping for so much more from this being off work on sick leave.

I checked my Euro-millions ticket. Yesterday I’d bought a ticket on the hopes of winning one hundred and sixty million quid; this morning I saw I’d won nothing. I wasn’t expecting to win, but it would have been nice.
I hung out washing, then had a look at another Wherigo project. Three years ago I wrote a rather involved Wherigo. It has been played sixty times, but it is a *lot* of effort just to get one smiley face. With a couple of days re-programming I might be able to re-vamp it to take in half a dozen geocaches on the way. So with little else to do I made a start.
After a couple of hours I stopped for lunch. And with lunch scoffed I thought I might fix the bathroom light switch. I got rather cross as the dogs tried to help. Every time I tried to move I tripped over a dog. I finally got everything sorted, I turned the mains power back on and the lighting fuse blew. So I sorted it again (tripping over dogs at every turn), and again the lighting fuse blew.
I phoned for an electrician; he’s coming in the morning.

It was then when my phone rang. My car was ready. I walked the dogs over to the garage. Apparently there was an oil leak around the pressure sensor. That would explain why there was an oil pressure fault.
We came home; once home the dogs went to sleep. I worked on my new Wherigo for a bit… but I must admit I’m not happy with it. My plan is to replace several local caches with stages of a Wherigo adventure but… a couple of the stages would involve replacing existing caches in the Ashford Green Corridor. To replace them I shall need permission from the council. They want me to fart around filling in all sorts of trivial paperwork. I don’t like trivial paperwork; it encourages those who do. And the other stages of the Wherigo would be *very* spaced apart as I would be fitting them around existing geocaches. I might just relocate the entire lot out into the countryside somewhere.

With "er indoors TM" off out I fed the dogs, then fed myself, and watched the last episode of “War and Peace”. I can remember the show as being rather good when it came out three years ago; I was rather disappointed by it. None of the characters were really endearing, and not a lot really happened.
I then watched more episodes of “Inside No 9” and dozed on and off.
I might have an early night; I’m still feeling a bit iffy.