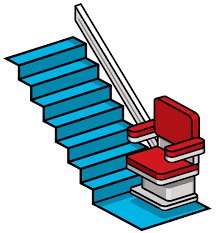 Over brekkie I saw that Facebook was crawling with people “doing a brother check in”; the idea being that you make a great show of being available for others should they need someone. I did roll my eyes somewhat and didn’t join the craze of copying and pasting. Saying that you will be there for someone, and actually being there for someone are two *very* different things. Some time ago I found that when I really needed help it was the people that I barely knew that were there for me. Friends of more than twenty years turned away and told me to go whistle. Some of them of whom I had such high hopes then had the cheek to set up a Facebook account, add me as a friend, then re-post this very meme.

With toast scoffed I looked out to see it was raining outside. I did have a plan to walk the dogs somewhere different this morning, and bearing in mind the rain was forecast to last all day I decided to go with my plan. We drove out to the back of beyond. Where I’d planned to park the car was a swamp, and the footpath I had intended to take was overgrown to the point of being totally impassable. I gave up on that idea, and we drove down to an old stomping ground and had a walk round the back of Park Farm. The paths were clear, and we didn’t meet anyone else at all. It was a good walk. And I found some possible locations for a new Wherigo series too.
We came home; I settled the dogs.
I drove down to Hastings to visit parents. I would have liked to have gone earlier during my two weeks sick leave, but a combination of feeling grim and not having a car had put paid to that.
Mum and Dad were well. They were talking about having a stair lift installed. Those things aren’t cheap, you know. I wonder if we might look forward and consider moving to a bungalow before too much longer?

I came home, and after a bit of lunch I made a start making a geo-series from the locations I hunted down this morning. First of all I got in touch with the geo-feds to see if the locations were viable. If they aren’t then there’s not a lot of point in continuing.
I then put “Bottom” on Netflix and spent the afternoon asleep in front of the telly until "er indoors TM" came home, and then spent the evening awake in front of the telly.