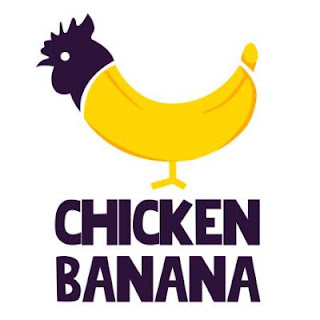 I didn’t have a good night; I spent much of it hanging on the duvet with a grip of iron to make sure I got some of it.
Over brekkie I looked at the Internet and rolled my eyes when I saw the latest squabble kicking off on one of the national geocaching Facebook pages. Someone was banging on about how they go geocaching without a phone or a GPS. They rely on paper maps, struggle a lot, and made the implication that this made them better than everyone else, and anyone who uses some sort of gadget is cheating. This post was followed by a flurry of other equally idiotic postings about how there is far more skill involved in finding the right rock under which a film pot is stashed when you can only be accurate to within fifty yards.
Some people really do live for the argument.

As the rain had stopped I took the dogs out for a walk. As we walked up the road I saw one of the cub’s mothers cycling past. I said hello; she blanked me as she always does. She is an odd woman. Apparently her husband made it crystal clear that he never wanted children, and that if they had children it would up to her to see to them. She had two boys. Both were in the cubs when I was a leader there. The oldest was a very stupid child, and really would stand for hours just staring into space. The youngest was rather nasty and delighted in the misfortunes of others. His signature move was to disrupt any activity he could by sprinting (in a straight line) as far away as he could thereby making leaders abandon what was going on to go and retrieve him. I used to hate it whenever they came on days out anywhere as mother would never collect them at the agreed time. She would always be at least an hour late; the excuse being that father was busy doing his own thing (usually playing golf) and he felt it was very unfair of us not to fit in with his schedule.
But now they’ve left the cubs and I’m no longer a leader, I’m of no use to her, and she has ne need to be civil to me.

We walked round the park. Although the rain had stopped the grass was very wet. The dog with the water-repellent fur (Treacle) kept to the tarmac paths. The dog that gets soaked to the skin (Fudge) was wading shoulder-deep in the long grass.
We came home. I sat on the sofa and wrote up more CPD. As I wrote so the dogs barked at everything that came past the house in the first five minutes before both settling and going to sleep.

As I drove to work so the sun was glorious bearing in mind the torrential rain earlier. I drove out to the back of beyond to hunt out that geocache which I gave up on yesterday. It wasn't a difficult find, but I think I was right to have given up. Getting the paper log soggy isn't a clever thing to do.
With my geo-nonsense done I headed towards Pembury. As I drove "Daddy’s Little Angel TM" phoned. She's got a new regular customer. Some tramp comes into her shop several times a day for a cup of the coffee she sells. She sells cups of the stuff for a quid each, and this vagrant is having several every day. I wish I could afford that.
​
I drove on to work, and after a rather good plate of fish and chips I got with another busy late shift. And I learned something; we had a case of weak D. Weak D is... let's just say that blood groups aren't as simple as you might think they are.

I came home to find "er indoors TM" had the hump as her new food mixer was broken when she unpacked it. But knacked food mixers notwithstanding she was boiling up some home made dog biscuits. Banana and chicken flavour. I tried one – I wasn’t convinced. But our resident wolf-pack love them…