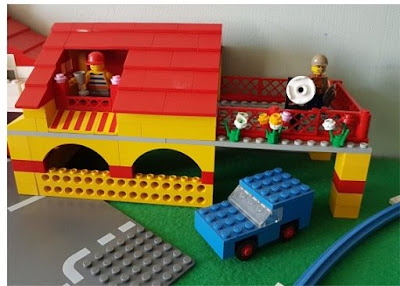 I had a little chuckle as I scoffed my toast this morning. Someone had posted onto one of the work-related Facebook pages. There was a photo with some work-related paperwork in which there was a silly spelling mistake. No one seemed at all bothered that the word “thermometer” had been spelled wrong, but there was quite a bit of consternation being expressed about the font which was being used. It brought back memories of hours spent in management meetings in which endless discussions really were held about which font to use for the more meaningless of the paperwork.
I don’t miss those days.
I then saw a Facebook post from a friend whose car had been clamped. He’d not paid his road tax. He was whinging that “I thought it was automatically done as everything is online these days and by direct debit”. An honest mistake, but I don’t think it is one that I would make. I go through my bank account every month and account for every single penny that comes in and goes out (I am incredibly mean like that). It amazes me how many people don’t.

The door bell rang; it was the electrician. He came in, took off his shoes, and Treacle ran off with one of them. Fortunately he laughed. In twenty minutes the chap had the bathroom light fixed. I have no idea what I’d done wrong yesterday but having blown it up (twice) I’m a great believer in paying someone who knows what they are doing.
And you don’t realise just how much you use a bathroom light until the thing is broken.

With the electrician having done his thing I then chased Fudge round the garden in an attempt to collect some of his pee. The vet wanted some, and I got a decent amount from him.
We then went for a little walk round the park. As we walked we met one or two other dogs. Fudge played nicely with them; Treacle played half-heartedly. But she had a go and didn’t run in terror which was something of a result.
With our walk walked I sat on the sofa and sweated. I regularly walk seven or eight miles at the weekends; why is walking round the park so arduous?

I took Fudge to the vet. We delivered his pee sample, and they took some more blood. That was a *very* quick way to get rid of two hundred pounds.
I could have had something of an adventure today.  I did have the opportunity for a day’s hunting Tupperware in London. I’d thought about it, but I’m still not feeling on top form (not that I ever do). Realistically by the time I’d got the train to London I’d be ready to come home again. Six hours stomping round the capital followed by a formal meet-up might have been a tad ambitious today.
I did have a plan to walk the dogs out to the countryside and get a few locations for geocaches for another Wherigo project. But I’ve Wherigo-ed myself silly over the last few weeks.
Instead I went up to the attic room and played Lego for an hour or so before lunch. After lunch I watched a film on Netflix. “Victoria and Abdul” was something we’d seen a lot of advertising for when we were at Osbourne House a couple of years ago. The film was OK I suppose.

And then I slept for much of the afternoon and evening. I woke a few times, but felt rather rough and went back to sleep.
I think I’ve had enough of feeling rough now…