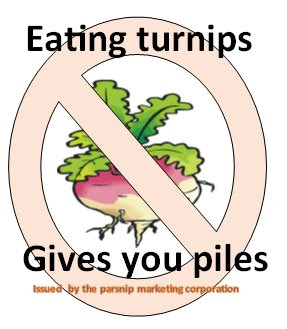 Over brekkie I was rather short with my father in law. He was re-posting some utter rubbish about 5G phone signals killing trees. Even though this has been disproved (and he’s been sent the evidence) he still persists in spreading this misinformation. Why do people do this? There is so much on the Internet which is patently untrue, and which only takes a few seconds to disprove, but still people persist in spreading these lies.
But take a moment to look at the link he shared. It reads “No need to read it all,…. No need to go to town with too much data/detail either”. Really ?! Doesn’t this sum up what’s wrng with the Internet?
I also saw on Facebook that this same father in law has bought my niece a car for her birthday. He can be a very generous man… with some of his grandchildren.…
When my piss cooled I then had a little look on eBay to confirm some suspicions I formed last night. If you type “old Lego” into the eBay search bar you find thousands of Lego sets up for sale. If you type in “vintage Lego”, “1960s Lego” or “1970s Lego” you get substantially the same things coming up in the search results, only cheaper.

I took the dogs out for a little walk. As we went up the road we met Dan-Dan and Bella at the bus stop. Bella fussed Fudge; Treacle hid from her. Dan-Dan told me they’d been waiting an hour for the bus, and then three arrived at once.
We walked on round the park. We managed to avoid most of the other dog walkers as we went, but we did meet OrangeHead in the co-op field. As we walked I was rather worried about Fudge; he seemed to be walking very awkwardly. But once we got to the co-op field he took off like a bullet from a gun and chased Treacle round the field a few times. For all that he is not a well dog, perhaps I fuss too much?

With a little time to spare, I wrote up some work-related C.P.D. As I typed, the door bell rang. It was the Jehovah’s Witnesses. Looking back at our conversation, I think it fair to say that I had them on the ropes. The nice lady had to admit that she did spend a *lot* of her time making excuses for her God. And she had no explanation why we should pray to God in the crappier times rather than expecting God not to allow the crap to happen in the first place. She looked visibly shaken when I told her that I was once a Steward in the Methodist church (I was!) and that *if* there is a God, demonstrably it is at best disinterested in humanity, and probably rather cruel. I told her that perhaps it was here who might like to reflect on what I’d said, and I closed the door.

As I drove to work so the sun came out. Women's Hour was just finishing on the radio, and was followed by "From Our Own Correspondent" which featured snippets about current affairs in Canada, Ethiopia and Hungary. It was rather interesting in an obscure sort of way.
With a few minutes spare I thought I might hunt out a geocache which had gone live (a few weeks ago) which wasn't *that* far off of my way to Pembury. I got to where the I could park the car. I walked to within a yard of the cache, and the heavens opened. I had a quick look, but I didn't want to spend the day in soaking wet clothes so I abandoned and ran back to the car. I can hunt out that one some other time. By the time I'd driven two miles I found I was again in glorious sunshine.

I got to work and went to the canteen. Chicken curry followed by sponge and custard set me up for the day. I spent much of a rather busy late shift wondering if I really want to carry on actually doing this job. At the moment my long-term plan is to carry on doing the same job for the next four and a third years at which point I become eligible to get some of my pension. I then intend to go part time. However at all times I’m in a rather stressful environment. If I make a mistake I really can kill someone, and (as I know from bitter experience) if I make a mistake I will very much be on my own.
Yesterday I had a message from two friends who were trying to head-hunt me to be a lab tech in a school. For all that the hours are shorter and I’d get the school holidays, weekends and nights off, the money isn’t all that. To be honest I didn’t really fancy it.
Mind you I also saw an advert for a job which pays more than I get; being a train conductor. Doesn’t it sum up what is wrong with our world when a train conductor with a few weeks training gets paid far more than a registered biomedical scientist with six years’ formal training, very active ongoing continual training, and decades of experience?