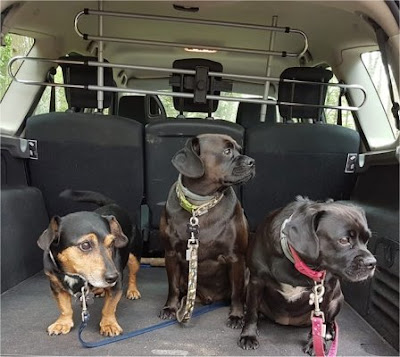 When I went to the loo at one o’clock (pausing only briefly to trip over Fudge) the rain outside was torrential. When I woke seven hours later it was still just as awful. I couldn’t help but think about the two blokes we’d met at the lake yesterday. They’d arrived as we were leaving. They were planning a night fishing session; even though they knew what the weather forecast was.
I made myself some toast and shared the crusts with Fudge. Back in the day he wasn’t allowed crusts as he was such a little barrel. Now he’s getting so thin he needs feeding up. Sometimes I worry about how thin he is getting. Mind you he seems OK in himself; he’s just getting on a bit. And it doesn’t help that he’s such a fussy eater.

I had a little look at the Internet as I scoffed toast. Quite a few people had said nice things about the fish I caught yesterday. I’ve only just worked out that (bearing in mind my previous best fish was thirteen pounds) I’d beat my personal best by nearly fifty per cent.
Several people were having a birthday today. I sent out birthday videos. I’ve got out of the habit of doing that recently; I really must start again. Looking at the birthday video I send out I saw that it hasn’t got any fishing pictures in it. Lots of pictures of walking and dogs and beer and Lego, but no fishing ones. I shall have to bear that in mind when I make a new one.

Seeing that the weather forecast said the rain wouldn’t ease until mid-day I went on a little shopping mission. First of all to Halfords where I asked the nice lady for “You know – one of those things…” and I then proceeded to gesticulate and thrash my arms about in a pathetic attempt to reenact what “one of those things“ was. Amazingly the nice lady immediately realized that I was after a tubular dog guard to keep the dogs in the back of my car.
She showed me the range, offered up the one which I probably wanted, and suggested I took it to my car to see if it fitted before I paid for it (apparently there is a lot less paperwork doing it that way). After a few minutes fighting I had the thing in place, and went back and paid. I complemented the nice lady on knowing what I wanted. She said they get a lot of customers coming in wanting “You know – one of those things…” and she’s used to it.

I then went to the fishing tackle shop with the fragments of my reel that broke yesterday. As I said to the nice man behind the counter, I’d only used it three times. He had a look; he said he could see it was barely used, and he said he’d never seen one fall apart in quite the way mine had (I think he was secretly impressed). He gave me a new one and said if this one breaks I should fetch the bits back again.

With the rain still coming down I thought I might visit the Lego shop at Bluewater. As I drove, “Desert Island Discs” was on the radio. Today it was the turn of Sir Tim Waterstone; founder of the “Waterstones” book chain. The bits of the show when they were interviewing him were fascinating. But his choice of the eight records he’d take to a desert island… Oh dear…
They do this all the time on “Desert Island Discs”. They have such interesting people who then claim to be classical music buffs. Does anyone *really* have Schopenhauer’s concerto for stilton and armpit as their favourite piece of music of all time? Of course they don’t!

I got to Bluewater and (as usual) managed to park about as far away from the Lego shop as it is possible to get. As I walked through the centre there was a “delightful” family scene. A rather snotty (literally) four-year-old was having some sort of melt-down. After a lot of trying to reason with the brat, the young mother just shouted “Button it, shitface” and dragged the child away.
I got to the Lego shop where I was the oldest customer (by about twenty years). I got a pint of Lego (you really can buy bricks by the pint!) and came home again.

Once home I thought I might try out my new tubular dog guard. I got the dogs on to their leads, we went to the car and the dogs hopped into the boot (as they do). Treacle immediately spotted the tubular dog guard preventing her jumping onto the back seat and gave me the most evil glare.
We drove down to Orlestone Woods and had a very good walk. We met some other dogs, and it all went amazingly well. Pogo was friendly to the four little bundles of fluff, and he played with the big black dogs that ran up to him barking (like he does to other dogs).
And when he came back to the car, I had all three dogs sit. I opened the back end of the car. All dogs sat nicely until I said “Boot Dogs!” and all three jumped in. As I closed the door a little old lady came up to me. “How wonderful” she exclaimed. I didn’t have the heart to tell her that I was more amazed than she was.
She introduced me to her little dog; a lovely little pup that was seventeen years old.

We came home, and I fed laundry to the washing machine. It seems to like that. As it chewed the laundry I caught up with the episodes of Poldark that I’d not got round to watching. And with dogs fed I looked to feeding myself. Being left “home alone” for a couple of days I went up to the KFC to get dinner. Just as I was being given my scran a minor fracas was kicking off. Some rather weird-looking chap was demanding he be served a “beans meal”. Apparently in his world a “beans meal” was just like a bargain bucket, but with the chicken and chips and fizzy drinks replaced by beans. This caters for vegans who don’t like chips or fizzy drinks.
No one else seems to meet these nutters; why do I attract them?

I’ve programmed “Hannah” for tomorrow’s adventure, I’ve got my pack-up organized. I see that the last season of “Gotham” is now available on Netflix. I shall watch an episode or two of that and have an early night.
The dogs are all waiting for "er indoors TM" to come home. I’ve told them all that she is away for the weekend. They aren’t taking any notice…