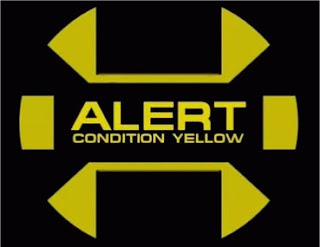 After a rather busy weekend I slept like a log. And with "er indoors TM" returned, so did the dogs.
Over brekkie I watched an episode of “Gotham” then had a look at the Internet to see if I’d missed much overnight. I hadn’t missed much on Facebook but I had missed the Perseid meteor shower last night. Back in the day I would have been all over that. I was surprised that no one had mentioned it.
I checked my emails. What with my new geo-series going live on Saturday morning and people walking round my other caches, I had two hundred “found it” logs. So over this last weekend for every film pot that I found under a rock, over three people found one that I’d hidden. I see that as something of a result. Mind you, sometimes I wonder how the noble art of shoving film pots under a rock is going to continue. It wasn’t that long ago that I got at least one notification about a new one five times a week. Now sometimes weeks pass before anyone puts out a new one.

As I drove to work the pundits on the radio were discussing President Trump’s seemingly incessant tweeting. There is a growing feeling that Donald Trump has done untold damage to the office of President of the United States. For years whatever the American President had to say was respected. Now with his stream of drivel there are those who feel he’s made the position something of a laughing-stock. Whoever takes over from him will have the job of restoring respect for the position before they can realistically do anything else.
The pundits also interviewed the numero uno honcho at Phones 4 U. Because the chap has had Lyme’s disease he was seen to be something of an expert on the matter. And (listening to what he had to say) he probably seems to be something of an expert on the matter to anyone who knows nothing about it. It struck me that with endless experts that could have been wheeled on, why wheel on someone who clearly didn’t know much at all?

With work done I came home. "er indoors TM" boiled up a rather good bit of scran and went bowling. I watched the final episode of “Gotham”. Something of an “end of an era” now that I’ve seen them all. I rater liked that show, but it did have the problem that (being a prequel) you knew all the characters were going to survive. That was where “Game of Thrones” worked so well; anyone could drop dead there.
I then fell asleep in front of the telly. I do that far too much…

Going back to work was a tad dull…