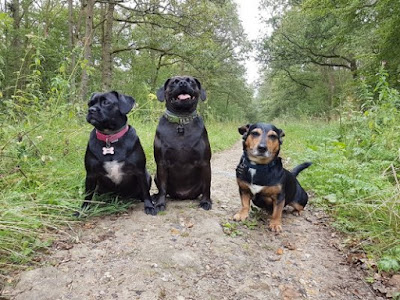 As I drove home after a particularly busy night shift, the pundits on the radio were interviewing Philip Hammond who was Chancellor of the Exchequer under Mrs May’s premiership. The bloke has given Mr Johnson a couple of weeks’ grace before he decided to stick the knife in. He was banging on this morning about how him and his cronies are going to block Mr Johnson’s attempts to force a no-deal Brexit onto the nation.
It never fails to amaze me just how thick these politicians can be.
Mr Hammond was a senior figure in the previous administration. He had a *huge* opportunity to help to secure a Brexit deal. His government worked for two years to come up with a deal. That deal was then soundly rejected by the UK Parliament three times. Parliament itself then took some time out to come up with alternate deals and couldn’t agree on anything. The European Union has made it crystal clear that there will be no renegotiation of the deal. So it is plain that the UK is faced with either a no-deal Brexit or no Brexit.
I must admit I’m rather relieved that Mr Hammond isn’t in government any more. it is plain he’s got no idea what is going on.

I came home, said hello to "er indoors TM", collected the dogs, and drove them down to Orlestone woods for a little walk. We found another little path today that we hadn’t found before, and spent an hour or so exploring. As we walked we met a couple of other dogs (and their associated humans). The encounters passed off reasonably well; Pogo didn’t bark at them, and Treacle didn’t run in terror. I’ll take that.
We also found a hippie encampment. I’m not sure if the hippies are allowed to be camping there on Forestry Commission land, but they didn’t seem to be hurting anyone. Mind you it does niggle me that I can’t put a film pot under a rock there as it is a site of special scientific interest but the hippies are allowed to set up a campsite.
We left the woods just as the rain started.

Once home I took myself off to bed for the morning. Over a late brekkie I watched another episode of “Black Mirror”. For all that the show is following a format first devised by “The Twilight Zone” and “The Outer Limits” some seventy years ago, it’s not a bad thing to watch.
My phone then beeped. An email. The geo-feds have given me the thumbs-up for the locations I selected yesterday for my latest geo-project. I made a start on creating the Wherigo cartridge. Just putting in the start and the six geocache locations took over an hour (by the time I’d fiddled about correcting co-ordinates to the correct format).
As I fiddled about the doorbell rang. The nice man from the carpet company had come to measure us up for a new carpet to go up the stairs. The old one was there when we moved in (in 1991) and probably needs replacing. The dogs went mad (as dogs do), but h was only here for ten minutes. He’s going to send us a quote.

My laptop then asked if I would like it to update its operating system. Apparently the old version of Windows won’t be supported for much longer. After two hours the laptop now has the new version of Windows which seems to be exactly the same as the old one. Progress, eh?

"er indoors TM" is boiling up some scran, I’ve opened a bottle of plonk so’s it can breathe… I wonder how long it will be before I’m snoring?