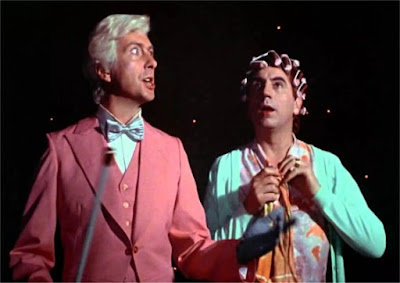 Another restless night. Perhaps the dogs should sleep downstairs? Or perhaps I should?
I eventually gave up trying to sleep and came downstairs. Usually I would make sandwiches for lunch, but the peanut butter I bought yesterday was still in the car, and I didn’t actually get any marmalade so I just made myself jam on toast for brekkie. There are those who would say why not make a jam sandwich for lunch, but that is crazy talk. Home-made lunch sandwiches feature peanut butter and marmalade. Everyone knows that.
I set the washing machine loose on some laundry, and as I scoffed toast I watched an episode of “Dark Mirror”. A rather good tale about virtual reality. It had me hooked.

I sparked up my lap-top to have a quick look at the Internet. It was marginally more interesting than yesterday in that people had been doing things on social media. Those who have spent ages pleading poverty were on the way home from a two-month European road trip. Those who are constantly on diets were eating McMegaburgers. There was also some petty bickering kicking off on one of the local Facebook pages. Someone was whinging about some trivial annoyance that was happening locally. Someone else was whinging about the constant whinging. What are local Facebook groups for, if not for whinging? But the best bit of pettiness on Facebook this morning was a post to the “60s and 70s Lego” page which has caused consternation because the Lego set in question might have been more suited to the “80s and 90s Lego” page. You wouldn’t believe how much aggro kicked off over that one.
If nothing else the Internet has given us the ability to argue across the world.

With no emails of note I got myself ready for work. I drove to the co-op where I got a sandwich for lunch. As I paid I found myself speechless. The woman behind the counter was shrieking *exactly* like Terry Jones did when he played “Mrs Brown” in the "Live Organ Transplant" sketch in Monty Python's "The Meaning of Life".
I was so amazed that when I got back to my car I had to return to the shop as I'd forgotten the marmalade which prompted my needing a sandwich in the first place.

As I drove up the motorway the pundits on the radio were interviewing Laurie Sheck; an American professor of literature whose student have accused her of racism because they didn't like what the racism in the books they were reading. The student felt that it was more appropriate to accuse the professor who was presenting classic literature than to have a go at the author who'd actually caused the offence.
Apparently this poor professor had the allegations hanging over her for two years without knowing specifically what she'd been accused of. She was rather amazed to find that she'd taken the rap for someone else's opinions.
It was also mentioned on the radio that people in their fifties who have children are far happier than those who don't *provided* the children have left home.
I can relate to that...

I got to work, and spent much of the day peering out of the window. There is a public bin a few yards out of the window. It was full to overflowing, and at regular intervals passers-by would drop cigarette ends into it. I was avidly waiting for the bin to burst into flames.
Needless to say it didn’t.

I got home just as "er indoors TM" was setting off on a dog walk. I joined in. We went round the park and back through the co-op field. Amazingly we had less problems with four dogs than I would have expected with three.

We had a bottle of plonk with dinner. I wonder if I will have a headache in the morning…