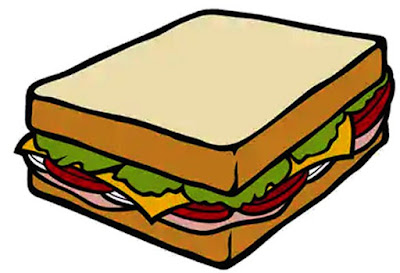 I woke in the small hours with an attack of claustrophobia. With a dog snuggled up close on either side of me I had been pinned in place under the duvet. I eventually thrashed myself free, and relocated the offending pooches.
I woke earlier than I might have done, but thought I might use the time constructively. I got up and put a load of undercrackers into the washing machine, had a shave, then sorted some toast. I scoffed it whilst watching an episode of “Black Mirror”. This made me think. When you get blocked by someone on social media you can’t see what they post on-line. Imagine if that could happen in real life; other people would be completely invisible to you. Either individuals, or humanity as a whole. The ultimate “being sent to Coventry”.

As “Black Mirror” finished, so did the washing machine. There’s something wrong with its “quick wash one hour” setting. Today’s scrub took an hour. Last week it was still going strong after an hour and a half. Other times see it done in forty-five minutes. Still, my pants came out clean, which is the main thing. I set it to tumble drier mode, and had a look at the Internet.
Absolutely nothing at all had happened on Facebook overnight. Have I been blocked by everyone? I did have quite a few “Found It” emails from people who’d been out at the weekend finding the geocaches I’ve hidden. One of these people had said that they liked the idea of the puzzles on the series that I’d hidden in Hemsted forest, and they thought they might use the idea themselves. I was pleased about that; more series of film pots under rocks is more walks to do at the weekends. But other than that, there were no other emails in my inbox.

As I drove to work the pundits on the radio were fussing about Brexit. Someone or other in authority (who should know better) has been scaremongering by releasing (leaking) a confidential government memo warning about possible shortages after a no-deal Brexit. But is there need to panic? I would have thought that the take-home message here is that someone in power is taking Brexit seriously. Am I being vindictive in wanting to see someone being prosecuted under the Official Secrets Act for wantonly trying to stir up panic by disclosing confidential information? Or am I just a reactionary old git?
For some inexplicable reason the radio's sports news was delayed by ten minutes. No reason was given, but it did seem to be a serious issue for those presenting the show. Personally I wouldn't care if they never gave another sport bulletin ever again.

Having run out of peanut butter and marmalade I drove to Sainsburys where (for some strange reason) I bought peanut butter and jam. And having run out of peanut butter and marmalade (my usual sandwich filling) I bought a sandwich for lunch. Rather a dull thing to report, but that beef and horseradish sandwich was probably one of the highlights of what was a rather dull day.
As I was shopping I saw a fellow shopper was wearing her Tesco uniform. In Sainsburys! I asked her if Tesco was too expensive for her; she laughed and said that Sainsburys was on her way home.
Don't Tesco offer staff discounts? If I was running Sainsbury's I'd be publicizing this as much as I could.

I got to work; I did my bit. I scoffed my beef and horseradish sandwich (which turned out to be something of a disappointment) and had a phone call from "Daddy’s Little Angel TM" who seemed to be in high spirits.  We also had a thunderstorm which brightened up an otherwise dull afternoon. It was during the height of the storm that I realised that I had no coat and had left my hoodie in my car.

Mind you I got back to my car without getting wet. Just as I was nearing home I saw "er indoors TM" walking up the road with the dogs. But by the time I’d parked I had no idea where she’d gone, and as she doesn’t answer the phone and as the rain was starting again I went home.
"er indoors TM" eventually returned with the dogs, boiled up some dinner and went bowling. I ironed shirts whilst watching “Poldark”. “Poldark” turned out to be even more of a disappointment than that beef and horseradish sandwich…