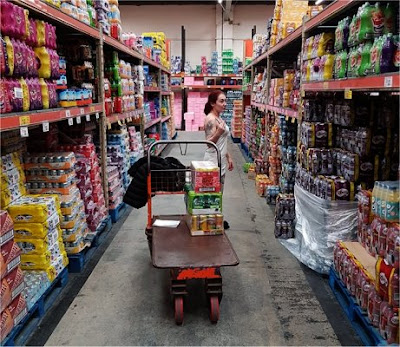 We all slept rather well last night. I woke before the dogs, and watched an episode of “Gotham” before they hauled their carcasses downstairs. Fudge and Pogo wolfed their breakfasts; I had to hand-feed Treacle hers, scrap by scrap.

The dogs all went back to sleep; I left them and set off in the general direction of Margate. I thought it better to go whilst they were asleep rather than have them wondering where I was going. On the way I took a little diversion into Dargate where I stopped four times to hunt out geocaches. One was on a road sign. One in a bus shelter. One in a churchyard (nearly) and one was in a crash barrier.
As I drove the radio was having its usual Sunday morning religious stuff. Some vicar was banging on about the importance of prayer in that if we want to change the world, then prayer is the way to do it. He then said that whatever happens is God’s will anyway. What will be, will be. He seemed to gloss over the failing in his logic that if God is going to do whatever God wants to do regardless, then what is the point of prayer. I *really* don’t understand religion at all. Clearly nonsensical claptrap is presented as supposed fact and we are supposed to just accept it?

I got to Margate on the stroke of nine o’clock. Whilst "Daddy’s Little Angel TM" fiddled about I played with "Stormageddon - Bringer of Destruction TM". He’s got a new Game Boy thingy.

The plan was that we would go straight to the cash and carry; we finally set off for there at about quarter past ten. Shopping there can be a bit of a nightmare. You’d think they’d make the aisles big enough for the trollies, wouldn’t you? Mind you I did laugh out loud when the most recent fruit of my loin loudly announced “I can't hack this shit any more. I'm getting bored".

Once we’d got a car full of assorted stuff back to the shop I collected my old step ladder and headed back to Ashford (about an hour and a half later than I’d planned). I delivered the ladder to "My Boy TM" who was decorating. He’d made what I considered to be the schoolboy error of trying to paint grey walls white. After four coats of emulsion the walls still looked grey.

I came home, collected the dogs and drove up to Mote Park. There was a works picnic taking place. Back in the day when I worked “somewhere else” I wouldn’t have dreamed about going to a works picnic. Looking back I wish I’d left “that place” about twenty-five years earlier than I actually did. Despite pausing for all three dogs to have a spate of diarrhoea, I soon found everyone. I chatted for a bit, and then took the dogs for a walk round Mote Park. I’ve not been there for years. It is a rather good place for a dog walk. We met loads of other dogs and we all played very nicely with them. We even met another cocker-pug, the owners of which said they’d never seen another cocker-pug before, and I’d wandered up with two of them.
In fact the walk was only marred by some idiot who insisted that Treacle and Pogo were “Lancashire Heelers” and was adamant that they were not a pug – cocker spaniel cross. Ironically if you look them up on the internet, Lancashire Heelers look rather like Fudge.
With walk walked we made our way back to the picnic. When about quarter of a mile away we got caught in a rain shower. The dogs didn’t care as they’d been in the lake anyway, but I got a tad damp. Mind you I got given some home-make cake at the picnic. That chirped me up.

We came home, and the dogs went to sleep. I got out the ironing board and ironed through some episodes of “Gotham”. With ironing done I went down the road to Marino’s; I had this idea that I might get cod and chops for dinner.
It ain’t cheap.
A portion of chips cost over two quid. Back in the day chips came in two pence or five pence portions. But the dogs liked the fish. In fact they liked the fish today, the kebab yesterday and the KFC on Friday. Is it any wonder they all have diarrhoea?
"er indoors TM" will be home soon. Things will soon be back to usual.