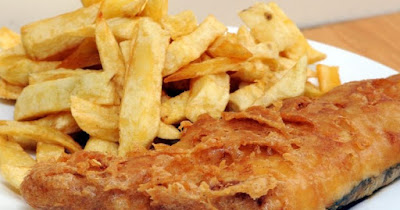 The dogs had a rather restless night last night. And when they are restless, so is everyone else. I lay awake from three o'clock last night. Eventually I gave up trying to sleep, and got up.

Over a bowl of granola I started to watch an episode of "South Park" that the SkyPlus box had recorded for me, but I turned it off half-way through. South Park used to be fun. Nowadays it tries to be very satirical of current American affairs. Consequently if you aren't up on American current affairs most of the show goes over your head. Especially when watching two-year-old re-runs referring to political trivia which is long-since forgotten.

I avoided looking at the Internet this morning. instead I thought I might hunt out a geocache and then get petrol before the early shift. As I drove the pundits on the radio were talking about a project in Sunderland. The people who do all the amenities there (gas, leccie, water etc) have struck on an amazing idea. They want to create a comprehensive map showing where all the gas pipes, drains, water mains, electricity cable and the like are. Apparently when one lot of engineers is digging up their bit they inevitably damage someone else's stuff. Having a map showing where everything is would prevent over a billion pounds' worth of damage every year (nationwide). Hasn't this been done already? Possibly not. I remember my father telling me about a novel innovation on the 1970s when underground gas and water pipes were given different colours as people would turn on their new gas cookers and water would come out. (He assures me he wasn't joking!)
Three was also talk of the Peterborough by-election in which the Brexit party lost by a very narrow margin. The winning candidate was on the radio talking about how democracy only works when the electorate speak. Bearing in mind that only forty-eight per cent of the electorate turned out in Peterborough yesterday, she's probably got a point.
They then wheeled that odious Nigel Farage on and spoke with him. The interviewers tried to give him some stick about his Brexit party's not having a manifesto. But then (as he said) who reads the manifestos anyway? And which parties actually deliver what they promise? He's got a point. He's very convincing. Am I the only one who sees the historical parallels here?

I got to just outside Maidstone. I found the geocache I was after. Happy dance. Now I don't have to worry about a slump while I'm on holiday (it's a geo-thing). My plan was to then get some petrol in Aylesford and be in early for work.
I didn't get petrol.
It took me an hour to drive the five miles from the M20's junction eight to work. I don't know what the delay was, but I certainly hope it has cleared by tomorrow.

Work was work; but an early shift meant for an early finish. I got petrol on the way home. Once home I took the dogs out. We got as far as the co-op field before the heavens opened, so we came home again.
I then packed my suitcase for tomorrow’s holiday, and "er indoors TM" boiled up fish and chips. After all it is national fish and chips day today.

Regular readers of this drivel will have to contend with a little hiatus now… The Rear Admiral is looking after the house and the dogs for the next week whilst we are off on a little holiday.
I’ll be back in a week or so…