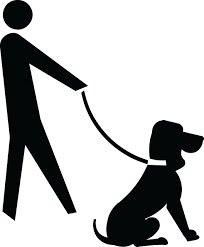 Apart from a trip to “Trap One” in the small hours I slept rather well last night. It was a shame I was so rudely awoken when Treacle kicked me in the “pods” just before seven o’clock.
I made some toast, and as I scoffed it I had a look at the Internet. Nothing much had happened overnight on Facebook – for once I didn’t have a single notification. And with no emails worth the electricity it took to send them, I got the dogs organised for a little walk.

We did our usual circuit of Bowen’s Field, the park and came home through the co-op field. The walk passed off better than it might have done, but I have noticed that since we came back from holiday, Pogo has slipped back in to his old ways of barking at everyone and everything. I shall have to be more firm with him. He was doing *so* well.
We came home and I harvested what seemed to be several tons of dog dung from the garden, then (as the dogs snored) I had a little look at the geo-map to see if I might find a little adventure to have before work.

As I drove to work this morning I listened to the radio. "Women's Hour" was on, and there was an article about the state of mind of the children who face adoption. Apparently people have only recently cottoned on to the fact that these poor kiddies might be just a tad screwed-up. As a scout leader I realised that about twenty years ago. It was a rather depressing article, but I listened to it, and then to the "Book of the Week" which featured some woman trying to put on a brave show of coping with family life whilst struggling inside. A bit like all of us really... What I heard was rather good. I’ve downloaded the book so’s I can read it at leisure.

I got to where the sat-nav said my morning's geo-target was. Bearing in mind I was after a possible resuscitation and that the thing hadn't been found in eighteen months my hopes weren't high. Which was just as well because I didn't find it.
Neither did I find another cache which was then on my way to work which looked to me as though it had been drop-kicked into a hedge by a church. I did find another one by a storm drain, but it was at this point that the heavens opened, so I gave up and went in to work perhaps a little earlier than usual.

I went to the work's canteen; the mince pie wasn't too shabby at all, but I passed on the fruit pie and custard. I really should start thinking about a diet (again).

And after I'd read a little of my book (Kindle app) I went in to work, and had a rather busy late shift. To be honest it wasn't that busy, but it was certainly busier than I'd hoped it might have been.

My first full day at work… We came home from Turkey eight days ago. It seems far longer...