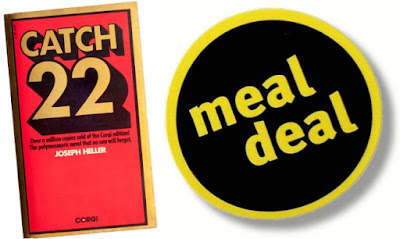 I slept like a log and woke feeling full of energy… at half past two. I then dozed fitfully wondering if I might relocate to the dog basket as Treacle and Pogo seemed to have a monopoly of any available space on the bed.

I got up. As I shaved I heard Fudge being sick outside the bathroom door. He then sat with me as I had my toast; he was well enough to have some of the crusts. As I peered at Facebook I saw that several people had made comments about today being a long day… what with holidays and hospital appointments I’d forgotten that today was the longest day of the year.
I’d also completely forgotten about today’s geocaching event in Sussex. I would like to have been a part of that, but by the time I remembered, I was four hours too late.
It was with a sense of disbelief that I saw that it was Alejandro’s twenty-fourth birthday. Twenty-four! I can remember going to visit only a few hours after he was born.

I got the leads on to the dogs and we drove out to Orlestone Woods. As we arrived there was an old woman acting *very* suspiciously around a parked car. She’d parked her car right in front of it, and was trying all the doors and windows, and peering in from all angles. She told me it was a suspicious vehicle which she felt she should report to the forestry commission because it had been there for too long. When I suggested that we might tell the police (and I pulled out my phone) she bustled away as quickly as she could. I wonder what that was all about.
We then went on with our walk. Other than that busybody we didn’t see anyone else at all on our walk. Which is *exactly* why we went to Orlestone Woods. As we walked we saw a new notice board. It had four rules for dogs. Unfortunately Fudge had already failed the first two; dogs are supposed to stay within the owner’s sight at all times, and are supposed to come when called. Both are beyond him.
Oh, how I laughed.

We walked for an hour, then came back to the car park to find that the suspicious-looking car had gone. We came home. I spent a while in the garden. Moring the lawn, trimming overgrowth, pulling weeds… it all took time.
I then drove round to the co-op. I’d given the last of my cash to the locksmith yesterday and I needed a bit of dinner. I chose what I wanted, and one of the staff came running up and told me that the wrap I’d picked up wasn’t in the meal deal. I thanked her for this information and went to get a bag of crisps. Said member of staff appeared from nowhere and started fussing that the crisps were in the meal deal, but the wrap wasn’t.
When I came to pay, this woman bellowed across the store to the woman on the till that what I had wasn’t in their meal deal. I told that woman on the till that I couldn’t care less, and paid. Perhaps I should have cared more; I could have got the same for half the price from the corner shop up the road from home.

I came home, and as I scoffed dinner I watched the first episode of “Catch-22”. I can vaguely remember reading the book many years ago. So far it seems to be OK.

Realising that all three dogs were snoring I left them asleep and walked up into town. I had a vague idea I might like a Kindle, and wondered if I might pick up a cheap second-hand one. Amazingly the Kindles which are just e-book readers are double the price of the Kindle Fire tablets and are far cheaper on-line. I didn’t get one. Instead I went to the milk shake shop, and after fifteen minutes I gave up waiting and walked home.

I then dozed in front of the telly until "er indoors TM" came home. She boiled up sausages and chips which we scoffed whilst watching “Junior Bake Off”. For someone who rarely cooks, I am fascinated by watching others doing so.

For a supposedly lazy day, I didn’t stop. I really should program “Hannah” for tomorrow…