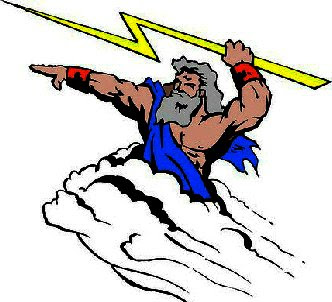 Yesterday evening (about an hour after sunset) I had notification of a series of thirty geocaches going live. As they were all in the general direction of work I thought I might have the chance of a cheeky first to find this morning.
Other people had also seen them and had been out during the night and had found the lot.
Oh well... They will make for a good walk in a few weeks’ time in the daylight when I can see what is going on.

As I drove to work this morning I listened to the radio. I've not listened to it for the last two weeks. I see a holiday being a holiday from the world as well as from work.
Being a Sunday the news was of religious matters, and again my piss boiled as some some bloke was banging on about LBGT Christians. I'm sorry, but as someone who has studied the Bible and Christianity at some length, there ain't no such thing as an LGBT Christian. The Bible is quite clear on the matter. Don't get me wrong - I don't have a problem with LGBT people, but the Bible does. If you disagree, read it. And it you still think that anyone who is LGBT can still be a Christian, then please explain (rationally and logically) how you can pick and choose which elements of a religion to accept, and which bits to blatantly ignore.
(I don't make the rules, God does - and wrote the rules in the Bible... *if* you believe that stuff...personally I have a few reservations...)
And then there was talk about Boris Johnson's neighbour who has supposedly gone to the newspapers about an altercation he heard in Boris Johnson's house. If I was Boris Johnson's neighbour I'd be going to the newspapers every time Mr Johnson so much as farted until such time as the newspapers wouldn’t pay me to do so any more.

I got to work a little earlier than I might have done, and I wandered into the canteen for the Full English, and then got on with a morning's work. Doing a half-day at the end of the holiday eased me gently back into harness.

With the morning’s work done I came home, and solved a few geo-puzzles until "er indoors TM" came home. We then took the dogs out to Biddenden and did some maintenance on some of her geocaches. Someone had logged that there were issues with some of her caches. Personally I feel that people might spend their time far more constructively performing any geo-maintenance as soon as they find that it needs doing. But the majority opinion is that having spotted an issue (that you *could* fix yourself) you then leave a snarky message and leave the problem until the person who hid the cache can find time to sort it out.
On the one hand is a “jobsworth” strict interpretation of the rules which takes several weeks to solve a problem. On the other hand is a public-spirited approach which solves a problem in seconds and leaves everyone happy.
And as always, I’m in the minority.
Still, if nothing else it made for a good dog-walk.

Rather unusually "er indoors TM" boiled up a roast dinner this evening. It was rather good….