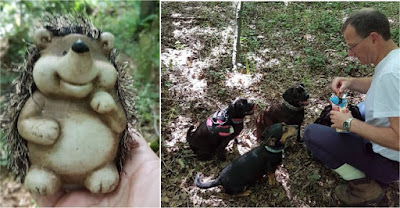 As I scoffed my toast this morning I looked at the Internet. The Facebook “Kent Traffic and Travel” page made me roll my eyes a few times; It sometimes seems that being utterly illiterate is a pre-requisite for being able to post comments on that page.
If a car drives into your car and then drives off, then you should make a note of the registration number and tell the police right away, *Not* wait several hours and then post a poorly-written rant on social media? Don’t you? I would.
If someone else asks if the traffic in a certain part of town is gridlocked and you don’t know, then say nothing. What does posting a load of sarcasm achieve?
The “Residents of Ashford” Facebook page was much the same. Some half-wit was trying to stir up a scandal from local councillors claiming legitimate expenses. Does “Uneducated of Kingsnorth Road” *really* believe that local councillors should fund their activities personally? Who would be able to do that? Do we really want a system in which only the rich can afford to be in public office?
So much for democracy (not that I believe in it anyway…)
The Internet is such a good idea, but what could be a useful resource has become a ranting-ground for the Great Unwashed. Perhaps more people might stick to posting dog-selfies. Like I do

I posted a dog selfie from the car as we drove up to Bluebell Hill where we met Karl, Tracey and Charlotte. We then went on a little wander round the area collecting geocaches as we went on a route which we rather made up as we went.

We walked our walk, and with the walk walked we made our way to today’s geo-meet at the Waggon At Hale. This is somewhere that we’ve been a few times. I must admit that for all that it is a regular venue in my world, I’m not keen on the place. The miniature petting zoo in the garden winds up the dogs, and the beer (in my experience) isn’t that well-kept. Our first two pints got sent back today (sour and cloudy), and after being given a half-pint (!) bottled replacement we heard that the ales were off whilst the pumps were being cleaned.
Now I would have thought that the time to clean the lines would have been before the place opened?

That all sounds rather negative, doesn’t it?
But the replacement ale wasn’t too bad. The stilton ploughman’s wasn’t too bad either, and it was good to catch up with friends too.

We didn’t stay as long as we might have done; the dogs were getting fractious, so we drove up to Capstone Country park and had a little wander round there with Jackie and Aleta joining us. It was rather good to catch up, and it wore off the dogs’ nervous energy (to say nothing of the beer).
I took quite a few photos today.