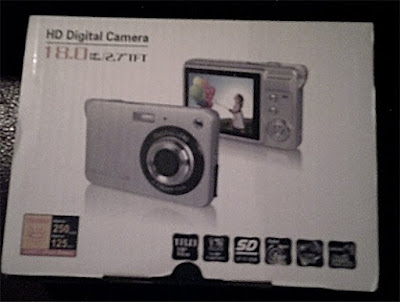 I think the rather busy weekend had taken its toll. I slept like a log last night. Mind you it was a shame that "er indoors TM"’s phone started coming out with a load of notification bleeps from half past four onwards.
Having been woken I tried to get back to sleep, but it wasn’t happening. I got up and made myself some brekkie. I scoffed it whilst watching an episode of “bonding”, then peered into the internet.

A row was kicking off on the Facebook geocaching pages. Someone who’s not hidden a geocache for years was banging on about what those who have hidden them should be doing. I drafted a reply… then deleted it. I had a good walk yesterday with good friends. That’s how I want to hunt Tupperware. Outside with friends doing it. Not squabbling over the Internet about it.
I sent a birthday message to "Daddy’s Little Angel TM", then got myself ready for work.

As I drove to work the pundits on the radio were talking about President Trump's state visit to the UK that was starting today. It has caused a *lot* of upset among the general public. The trouble is that people see him offering opinions on UK politics, and trying to buy the NHS, and interfering with the Brexit process, and calling the Duchess of Sussex "nasty". For all that he comes over as a bit of a twit, people seem to see the person, and not the office he fills. Bearing in mind that the UK has decided to comprehensively piss on its own chips by turning its back on some of its staunchest allies, openly offending the precious few that remain can't be a sensible way to proceed. (Can it?)

With a little time to spare I went to Sainsbury's for a bit of shopping. Usually that place hasn't been *too* bad. But today the assistants filling the shelves ran me over with their trollies (too busy gossiping with each other they weren't looking where they were going). And when I went to pay for my shopping, the woman on the till was too busy chattering at the other customers that she ignored my Nectar card. When I finally shoved it up her nose, she looked at it (and me) like we were the shit on her shoe and said if I wanted the points I could go to the customer services desk. Her attitude and implication was that I could get knotted for all that she cared.
So I went to the customer service desk and made great fuss of getting two and a half pence worth of Nectar points, and told the manager there exactly why I was doing so.
Probably rather petty of me... but the silly old bat had boiled my piss.

I went into work, and spent much of the day wishing I hadn't. What with a busy weekend and (probably) too much sun yesterday I wasn't on top form today. I bided my time quietly until my phone beeped. It was as well that I hadn't phoned in sick. Yesterday I ordered a new camera on Amazon, and I was amazed to find that (for once) Amazon actually delivered on their promise of next day delivery. I walked the few yards to the Amazon locker at work to get my parcel, then went back and carried on biding my time until I could go home

Once home I walked the dogs up to the co-op field where Fudge was sick. As he was throwing up a dog the size of a rhinoceros came bounding up. Fudge was busy being sick, Treacle was terrified, and Pogo protected his pack. The idiot woman running after the dog tried to bleat on that he was friendly. I pointed out that he might be, but my dogs were terrified. She didn’t take the hint, but after a little while she took offence, and then went and terrorised other dogs who had been hitherto minding their own business.

We came home. "er indoors TM" boiled up a rather good bit of dinner. Once we’d got it scoffed she went bowling, and I settled in for a marathon ironing session. As I ironed I watched last week’s “Jamestown” (which is going just a little bit new-age-hippy), and then I watched the first episode of “Gentleman Jack” which seems to have promise.
I then had a go with my new camera… the pictures aren’t all that good. Perhaps I need to fiddle with it?