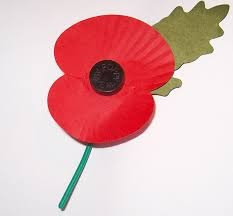 I woke in the night to find myself rather tangled in my CPAP’s hose. I was rather amazed at just what a knot I’d tied the thing into. Mind you I soon dozed off again, and slept right through until my alarm went off. That rarely happens.

Over a bowl of granola I watched an episode of “Bonding”. My Netflix app says that was that last one, but it didn’t seem like an end-of-season. Have I caught up with Netflix only releasing one episode per week perhaps?
I then have my morning trawl of the Internet. It was much the same as I’d left it last night. Mind you I did have a friend request on Facebook from “Toby Norris”. Do any of my loyal readers know who he is? His photo doesn’t look familiar. I don’t think I’ll add him to the elite group of people who actually want to know me on social media just yet.
I had a look at my emails. With less than a day and a half having passed since the virtual awards were announced on Tuesday, another twenty-seven new virtual geocaches had been published. Bearing in mind people have got a year to sort them out, some people don’t hang about. Having said that, mine is all but ready to go. But I think I shall wait until I’m back from holiday.
And I saw that my rantings of last Wednesday had attracted the attention of a handbag salesman from Zurich who posted a comment in a rather shallow attempt to get me to advertise his wares. I decided not to do so.

As I drove to work the pundits on the radio were broadcasting live from the D-Day remembrance events at Gold Beach in Normandy as well as from the London studio. Veterans from the day, currently serving soldiers, and various world leaders were giving speeches. It was quite good to be able to feel a part of what was going on as I drove up the motorway. Just as one of the old soldiers was giving a speech I noticed a load of poppies growing on the side of the motorway.
Mind you the broadcast was marred by one or other of the presenters who would occasionally talk over one of the speeches because their microphones hadn't been disabled. You can understand it happening once.. but several times? I personally would have expected better from the BBC

Work was work; I did my bit and came home. "er indoors TM" went out with her mates and I was left “home alone”. I foraged for my dinner (at the KFC) then scoffed diner whilst watching the second episode of “Gentleman Jack” before having a little fight with my phone...

My phone has gone west.
The GMX (email) app has packed up, as has Google Play. Oh well… they might miraculously come back to life. Or they might not. If they don’t I shall have to get a new phone. I’ll do that after next week’s holiday.
At the moment I am thinking Samsung Galaxy S10 from Vodafone because I like Samsung and Vodafone are doing it for fifteen quid cheaper than my current mobile provider. I’ll see it I can get a price match deal… after I’ve had a holiday.
I think its fair to say that pretty much everything is going on hold for a week or so…
Posted by Manky Badger at 8:53 pm