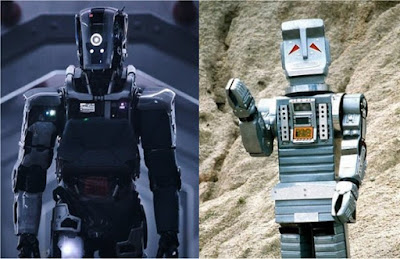 Apparently there was a rather impressive storm last night? I slept right through it. I eventually woke about eight hours after going to bed; something which very rarely happens in my world. I made some toast and had a little look at the Internet. Not much had happened overnight, which was probably for the best.
There was a posting on the cache page of that geocache I didn’t find yesterday. I read “I will check when I am in the area. Phew! It takes some work keeping an eye on my 250+ caches. Future visitors, feel free to help me with their maintenance”. Whilst I agree (entirely) with the sentiment, whenever I’ve put such comments on any of my cache pages I’ve had the geo-feds on my case. You’re not allowed to say that. Or (as it would seem) *I’m* not allowed to say that. Demonstrably others can.
One thing I’ve noticed with the geo-authorities is that they are incredibly inconsistent with how they apply the rules. It really is one rule for some, and another rule for others.

As I looked at the Internet "er indoors TM" was pootling in the kitchen. The dogs had all had their breakfasts, but were hoping for more. Fudge and Pogo were just looking wistfully at the biscuit box, but Treacle had quite the little tantrum when biscuits weren’t forthcoming.

The dogs soon started bothering me to take them for a walk. They flatly refused to go into the back garden (because it was raining) but demanded to go out the front door for a walk. Despite the rain we went up the road and did our usual circuit through the park which again passed off painlessly.

My plan for the day had been to jet-wash the gardens. But it was raining… I had this theory that jet-washing makes a *lot* of mess, and the rain might wash the mess away. So I got out the jet washer anyway, scrubbed here and there, and hoped the rain might sort it all out.
It did.
With jet washing jet washed I loaded up my car with all the clothes that I’d sorted yesterday and took them to the tip. From there I went on to disappointment at the garden centre. When we’d been away last week we’d been really impressed with one of the local plants. It seemed to grow everywhere and was really pretty. I had a plan to have some in the back garden. But it would seem that Bougainvillea glabra doesn’t do that well in the UK where it is twenty degrees colder.
Such a shame.
I was hoping to have a hedge border behind the pond… I shall have a re-think. If any on my loyal readers know a privet-like hedge with pretty flowers…

I came home, and as the rain continued I spent a couple of hours doing the ironing whilst watching a film on Netflix. “I Am Mother” was rather good, but I couldn’t shake the idea that the robot protagonist looked very much like Marvin from The Hitch-Hiker’ Guide to the Galaxy.
I thought about painting the front of the house, but with more rain and thunderstorms forecast I decided against it. Instead I watched an episode of “Gentleman Jack” in which the Reverend Ainsworth had been unusually forward and intimate with Miss Ann (the beast!)

"er indoors TM" came home and boiled up some liver and onions. Very nice. We watched more Bake-Off on the telly.
I need to find the Vaseline for the morning… I wonder where it is?