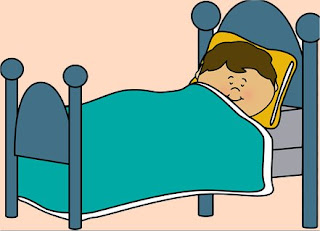 I spent much of the night listening to "er indoors TM" telling Fudge off, but I’ve no idea what he did wrong. Perhaps I should have defended my little dog?
As I scoffed my toast I saw that nothing much had happened on Facebook overnight, and I’d not had any emails of note either. Some mornings the Internet can be fun; some mornings it is rather dull.

I got the leads on to the dogs, and with a little time on our hands we drove out to Hemsted Forest near Benenden. It was somewhere that we hadn’t walked before, and I thought it might make for a good stroll. We hadn’t been walking long when my phone pinged. A new series of geocaches had gone live not two miles from where we were. We all hurried back to the car and drove those two miles. We wandered down a little lane to where the dogs could roam free whilst I rummaged in a hedge for one of the new caches. I soon found what I wanted – I had the cache in hand and First to Find too.
There is great kudos in getting a First to Find. There is even greater kudos in having a streak of at least one FTF a month. But to have such a streak you only need one a month. You don’t need all of them. I *could* have cracked on and hunted out more, but the rest of that series will keep for another time when we can walk the route with company. Much as I like hunting out these things, I much prefer doing so with company.

We came home where some of us barked at the koi in the pond. From the way the dogs react at fish feeding time you’d think the pond was only there for their entertainment.
I put a load of washing in and watched last week’s episode of “Gentleman Jack” as I scoffed a sandwich, and then I had a message. Someone else had seen that new series of geocaches that went live this morning and obviously had the hump that they didn’t get all the First to Finds for themselves. That someone else is a person who has made snarky comments about me before. Perhaps I’m over-sensitive, but it seems that no mater what I do in life there is always someone trying to turn it into an argument.

I took myself off to bed for the afternoon; I managed a couple of hours asleep.
"er indoors TM" boiled up a rather good bit of dinner.
I really should set off for the night shift; the motorway is closing for the night soon…