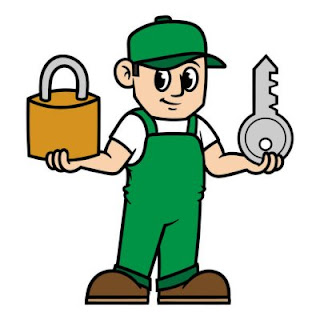 I didn’t sleep well; the ordeal of the arse clinic was preying on my mind far more that I thought it would. I got up just before seven to perform the first “pre-procedural process”…
My daughter often tells me off. She says I have no filter; I just say anything. Perhaps she’s right. But if I am going to record history with any degree of accuracy, a filter would get in the way. So calling something a “pre-procedural process” does rather gloss over the reality of the matter. The “pre-procedural process” involved me laying down on the floor outside the toilet door, shoving a tube up my khyber and squirting about a pint of some odd liquid up there. I’ve never shoved a tube up my khyber before; the mechanics of doing so were rather tricky. I had considered asking "er indoors TM" for assistance, but I’d thought better of it. Looking back I’m glad the dogs were all asleep.
Having finally squirted the liquid I had to lay still for as long as I could before visiting the lavatory. I managed about seven minutes before succumbing to the inevitable. After one rather impressive fart, the “pre-procedural process” was done and dusted.

Usually I would have some brekkie, but the nice people at the arse clinic had asked me not to eat this morning. Finding myself moping about waiting for time to pass I decided to go to the hospital and wait for time to pass there. I got to the William Harvey hospital and parked up. It wasn’t long before I found the endoscopy department and once I’d signed in I sat and waited. And waited. A chap who was there asked how long he would have to wait; the receptionist pointed to a notice saying that the time mentioned in our letters was the time we were supposed to turn up, and that we should expect to allow four hours for the session. The receptionist was adamant that all patients were told this; the chap who was quibbling was adamant that this was news to him.
Nobody had mentioned anything about four hours to me, but I just waited patiently.

After an hour I was called. The nice nurse did all the paperwork, and gave me a sexy pair of shorts to wear. I’d worn my best pants for the event, but they had to go. Instead I had a pair of shorts with a slit up the back for easy access (!)
Clad in my sexy shorts I was let into a cubicle with half a dozen various medical people. Some said hello, some didn’t. I was told to lay on my side and suddenly a load of wet Vaseline was shoved on my crack, and a probe rammed up there (and they say romance is dead!)
As I lay on my side I could see my insides on a huge monitor. There wasn’t really that much to see. They found (and cut out) two small polyps, and told me that I had some diverticula which was a result of “wear and tear” (?)
However in order to see what was going on up my khyber, the medics had inflated my read end with copious amounts of carbon dioxide to inflate it. Feeling the urge to release a massive fart whilst someone was vigorously ramming a camera up my chuff (and cutting bits out of it) wasn’t the most comfortable of experiences.
When it was all over the nice nurse had the sense to give me a toilet to use as a changing room.

I came home, put “Trap One” through its paces and took the dogs round the block. We didn’t go far; I didn’t dare be far from a chod-bin.

I then did a little phoning around. "er indoors TM" had poggered the front door. She claimed it wasn’t her doing, but it worked fine earlier for me, but wouldn’t lock for her. I phoned Everest; the people who’d made and fitted the door. In the past I have had nothing but praise for them. However… when I finally got through to them they told me they would get the service team to phone me back. The service team phoned back about an hour and a half later. It was rather obvious that the lady from the service team had spent that time writing a script. Everything she said was obviously being read from a page. She wanted seventy-five pounds to make an appointment. The engineer would then charge me sixty-five pounds per hour (and that didn’t include parts), and she didn’t have anyone available for two weeks.
I phoned our house insurance people; locks weren’t covered.
I phoned a local locksmith; he arrived within the hour, and had the problem fixed within minutes. And he charged a fraction of what Everest wanted.

While I was waiting for the locksmith I’d been painting the front of the house. I carried on once he’d gone, then made myself some toast for lunch. As I scoffed it I watched the first episode of “Good Girls”; the latest Netflix “thing”.

I thought about taking the dogs out, and I thought about going to visit "My Boy TM" (who arrived home from Turkey last night), but I didn’t want to go too far from the toilet. So I cleaned out the fish tank (it was a tad grungy), and with tank scrubbed I clenched and popped round to “Pets at Home” for two more blackmoors.

In between running to the loo I dozed in front of the telly until "er indoors TM" came home. She boiled up a rather good pasta bake which we scoffed and washed down with a bottle of red wine whilst we watched the final of “Bake Off- The Professionals”. I do love that show, but I sometimes wonder what is a “ganache” or a “jaconde”?

I wonder how many times I will be up during the night?