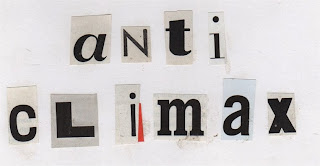 I didn't realise just how much staging last night's little geo-shindig had taken out of me. I slept like a log, waking only minutes before my alarm this morning.
I got up and watched a rather lame episode of "Earth 2". The stories are getting rather shabby now. Having flown interstellar distances to a virgin planet, our heroes are finding more and more other intrepid travellers who have got there before. And the stories are getting silly. In today's story the lead character met someone whom she's hitherto nudey-sauce-romped in her dreams.
A rather tawdry premise which was dragged out over forty minutes.
As I watched the telly I shared my toast with my dog. He is rather lazy at toast time; it seems to be as much as he can do to open his mouth for me to put the toast in. I suppose that for him toast time is still at least two hours before breakfast time. In his world it is still the middle of the night.

Bearing in mind the dreadful weather lately I had a good drive to work this morning. As I drove I listened to the radio. There was a lot of unmemorable hot air, but one article made me sit up and take notice. It turns out that the Prime Minister was felt to have been evasive at yesterday's Prime Minister's questions. The deputy chief whip of the Labour party told the world about this via Twitter.
Am I alone in feeling that here is something fundamentally wrong for a leading politician to be communicating to the world in the way that a teenager would tell his cronies an item of the utmost trivia?
Personally I dislike Twitter...

And so to work. I did my bit. Perhaps not as much as I might have done, or as enthusiastically. Today was not so much dull as something of an anticlimax after last night's successful geo-astro-bash.
As I drove home I listened to the radio. There was an interview with the president of the court which considers complaints brought against the intelligence agencies. It could have been riveting. It wasn't. It was rather dull.
I drove home via Park Farm where I dropped off "Dobbie". "Dobbie" is a rather huge Dobsonian telescope which has been in the back of my car since Monday night. The idea was to have done stargazing with it yesterday, but the weather was against telescoping. Much as it is a good piece of kit it takes up space I don't have, and was glad to foist it back on to Denver.

Once home I popped the lead on to "Furry Face TM" and took him out. A new geocache had gone live during the day in honour of "National Church Micro Day". We couldn't find it. To be honest we didn't try that hard. I look suspicious enough when hunting out plastic boxes; let alone doing it in the dark on a playing field...