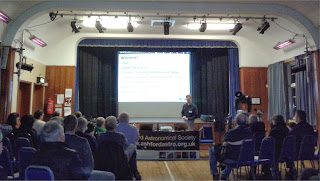 I had a rather disconcerting dream last night. Hospital management had decided there was no money to be made from the healthcare business, and so from next Monday I was to be a professional cheesemonger. Whilst I can eat cheese with gusto, I haven't the faintest idea how I might mong the stuff, and I woke up in a panic at 2.25am.
The remainder of the night was rather restless. I got up before 7am, watched the last two episodes of "Day of the Triffids" and then phoned my new doctor's surgery. They gave me an appointment shortly after 9am, so I quickly took "Furry Face TM" round the park where he was incredibly well behaved; even off the lead.

Home to drop off my dog, and then on to the doc. After a short wait the doctor asked what she could do for me, and why did I need a double appointment? I told her that I was there at her instructions because as part of being a new patient she had to review my medication. She asked what medication I was taking. I told her - none. That stumped her.
She then said that my being there was rather a waste of everyone's time. I agreed. She did ask if I was generally in good health and I told her about my insomnia. She called up a web site and we did an on-line questionnaire, the outcome of which was that my insomnia was possibly indicative of an underlying medical condition that should be investigated. It was at this point that I turned to the doctor and said "over to you".
Before she could say anything I told her that this has been going on for ages, I've already tried Horlicks and hot milk, and maybe I might be referred to a sleep clinic. She readily agreed to this, and I am now waiting for a letter from the hospital.

I collected my dog, and we continued our walk. We went up to Kings Wood. We found four of the geoocaches which had been hidden yesterday, but the one I couldn't find yesterday still eluded me. Whilst we were out I fell over in the mud and "Furry Face TM" nearly (but not quite) got to roll in fox poo.
Once back home again I attacked the household accounts. Could be better. So in a fit of pique I spoke with the the mobile phone people to whinge at them. They immedieately agreed to give me more - I got 50% more data and 1000% (yes 1000%) more monthly call time for 50p a month less.

I had planned to do some ironing this afternoon, but the time had run away from me. It was time for astro club. Despite having no tin opener (!) we had a good evening; Steve talked about the Sun, there was news about the latest developments with the proposed observatory; I hawked the raffle. In a novel break with tradition the clouds parted and we got to see stars. For the first time I could make out the entire constellation of Orion including his spear and shield. And I could also see the crocodile out of which Orion was bashing seven shades of sh*t.

I have since been told that there is no such constellation as the crocodile...