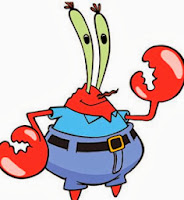 I took myself off to bed last night shortly after 10.30pm. I woke at 1.15am, and then lay awake until finally giving up and getting up just before 5am. The sooner I can change GP surgery and get referred to a sleep clinic the better.
When I came out of the bathroom after my shave I saw an incredibly tired-looking small dog on the sofa; he'd come down to share my morning toast. I (we) scoffed my toast whilst watching the last episode of "Earth 2". That series started well, but I'm glad it's run its course. I could never take the lead character seriously since I learned that the actor playing that part went on to do the voice for Mr Krabs in SpongeBob SquarePants. i wonder what series I will find next about which I can be disparaging.

I set off to work through a very damp and black morning. As I drove I listened to the radio. It would seem that journalists from the BBC's "Panorama" program have uncovered evidence of all sorts of military misdemeanours from forty years ago.
Whilst what the British Army supposedly did was very wrong, what does the BBC hope to achieve by stirring up this story. It all happened forty years ago. At best it will just be upsetting to all involved; at worst it may well spark off more sectarian violence. Those ultimately responsible for the crimes are probably safely dead.
Why can we not let sleeping dogs lie?

I stopped off in Morrisons for some fruit on my way to work. They have their Christmas decorations up. It's good that this year people seem to have left it later before putting up the tinsel and baubles. Hopefully this year we won't be sick of Christmas before it arrives.

Once at work I did my bit as best I could. I did seem to spend an inordinate amount of time in "Trap Two". Having spent over fifty quid on eating out last night I seem merely to have left myself skint for the rest of the month and to have given myself a dose of the "two-bob-bits". We could have had better food in McDonalds on three seperate occassions for less expense.