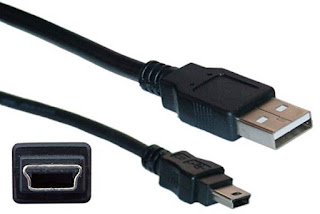 I slept rather well. I woke about six o’clock to the sound of a dog crying. Treacle was on the floor clearly wanting to get on the bed. Had Pogo chased her off? I told he she could come up and she stomped over my head before finally settling down. I got another hour or so’s snoozing before getting up.
As I scoffed toast I saw that people were still commenting on that posting I’d made on the Ashford Facebook group about Pogo’s episode yesterday. And amazingly no one was trying to start a fight.
I then had a look on Amazon. I’ve got a vague idea that I might like a Kindle. But a Kindle reader is more expensive than the Amazon fire tablet that does *so* much more. What’s that all about?

I checked my emails. I had one from the geo-feds which effectively put the kibosh on the plans I had for a new series of geocaches south of Canterbury. Apparently there is a world of difference between forestry commission land and land covered by the Countryside Rights of Way Act (?) Ho hum… Still, at least this time I discovered the problem *before* I’d wasted hours working on it.
I had an email from the building society telling me all about someone else’s financial matters. This someone has a name which is not unlike mine but is not identical. And he lives in Portsmouth. I would have thought that this would be different enough for them not to get us mixed up. This isn’t the first time the’ building society has told me all about this chap’s private information. I’ve told them of their continuing mistakes and asked what reassurances they could offer me that they haven’t given my information to anyone else. I wonder if they will reply?
I also had a message that the cable for my sat-nav (that I ordered on Sunday) should be arriving today.

I took the dogs for a walk. We left home a little later than yesterday. Thankfully no one was at the bus stop. The walk passed off mostly well, but Pogo did have a shout at another dog as we walked past the allotments. Sometimes I can see why he barks. His eyesight isn’t what it might be (or he doesn’t pay attention) and other dogs get very close before he realises they are nearby. He is wary of unfamiliar dogs. If the dog reacts to him, then he reacts back. He doesn’t like other dogs on leads. And sometimes he just goes totally shouty for no reason that I can fathom.
We’re getting there with Pogo, but he is still a work in progress.

We came home, and as the dogs all snored I watched an episode of “Good Girls” before going to work. I didn’t take any diversions today; I went straight to work.

I did my bit and came home to find my new USB cable had arrived. I used it to plug my sat-nav into my lap-top. It all worked. That was something of a result.

Today has been rather dull.
Posted by Manky Badger at 10:21 pm