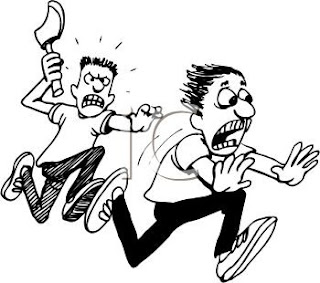 I had a rather good night until Pogo sat on my head shortly after five o’clock. I wish he hadn’t done that. I got up, and as I scoffed granola I watched an episode of “Good Girls” the plot of which has taken an interesting twist.
I then sparked up my lap-top to see if I’d missed much overnight.
There were quite a few photos of last night’s lunar eclipse. Back in the day there would probably have been organised eclipse-spotting events. And talking of the Moon there was a surprising amount of posts from people questioning if the Moon landings ever actually happened.

As I drove to work the pundits on the radio were interviewing some policeman or other who was expressing concerns about just what is in the vape liquids that people are vaping. I don’t vape, but I am reliably informed that you can spend good money buying vape juices from a vape shop, or you can get *supposedly* the same stuff from dodgy adverts off of the Internet for a fraction of the price. Needless to say, when you go to a proper shop you have some vague idea what you are getting. The stuff of the Internet might be absolutely anything at all, and (apparently) frequently is.
The policeman being interviewed might have made a better and more convincing case had he spoken in English rather than insisting on using meaningless acronyms. The presenter questioned him a dozen times on what he meant by JJD, FZY, CPD and IBMS.

There was also talk about how our daily lives are being more and more monitored by video cameras, phone tracking apps and the like. Personally I can’t see the harm in it; I’ve long known that when I finally flip and murder someone I should leave my phone at home to support the story that I was fast asleep at the time.

I got to work; we had a rather busy time of it today. So much so that I was an hour late getting out. Mind you the roads were a *lot* less busy at half past six, so I wasn’t *that* late home.

"er indoors TM" boiled up some sausages for dinner, and we slobbed in front of the telly for the evening.
Today was rather dull… but on the plus side the geo-feds have given me the thumbs-up (in theory) for the new series of geocaches I’m working on. I’d better get those web pages written…