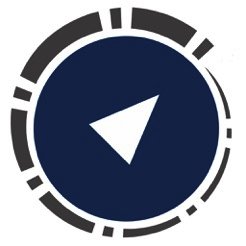 After a rather traumatic nightmare in which a good friend had taken to keeping alligators and one of them had eaten Fudge I woke about three o’clock and lay awake for an hour or so. I hate when that happens. So I got up, had a shave, went back to bed, and slept like a log until the alarm went off.
Over brekkie I watched an episode of “Good Girls” then sparked up my lap-top to see what I’d missed overnight. I hadn’t missed much.

As I drove to work the pundits on the radio were interviewing Michael Howard; ex-Folkestone MP and ex-leader of the Conservative party. He wittered on for ten minutes, saying a lot without saying anything. And then much of the rest of the air-time was given up to the allegations of anti-Semitism in the Labour party. And again there was a lot of talk and very little substance.

I stopped off at Aldi for some supplies, then went in to a rather busy day at work. During a tea break I checked my phone and saw I had a message. Someone had tried to do one of my Wherigo geocaches and hadn’t been able to work the thing. I was being messaged to tell me there was a problem which needed to be fixed.
I sighed.
This isn’t the first time I’ve had such a message from this person. I’m of the opinion that the thing worked fine in intensive trial runs, and since it was released to the general public sixty people have managed to complete it. Therefore it works. (The four people who failed did all the Wherigo bit but got to the end to find the final film pot had gone walkabout). However I’ve been told that if this chap can’t do it then the thing itself is at fault.
I resisted the urge to be rude.

With work done I had a rather warm journey home (the car’s fan hasn’t miraculously fixed itself). "er indoors TM" boiled up some scran and went off to craft club leaving me with the snoring dogs. I fed shirts to the washing machine and will spend the evening ironing them.