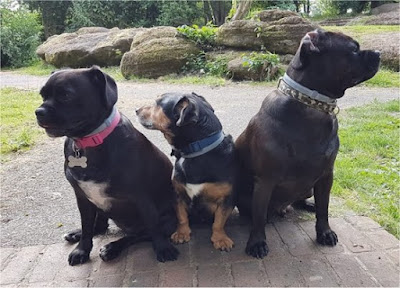 I slept well but woke feeling rather grim. Perhaps too much sun (and beer) after a night shift was still taking its toll?
Over brekkie I had my usual rake around the internet. It looked like yesterday’s canoeing trip had been fun. I would like to have gone, but from the photos I saw that they were paddling for over six hours. Add to that time to drive there and back and to set up the kayak, and that is just far too long to leave the dogs.
And I read something which reminded me of an old argument from my days as a scout leader. Someone was asking if anyone might take their beaver scouts geocaching. I can remember being told how difficult it was to retain the interest of the twelve-year-olds at scouts because no matter what activity was presented to them, they’d already done it in the beavers when they were seven years old.
I had an email from George Smailes (?) who had seen my LinkedIn profile and wanted to talk to me about a job opportunity. His firm was advertising a vacancy for the position of manager of a London-based medical laboratory. A few years ago I would have been up for that. Nowadays I quite like not having the managerial responsibility. Perhaps I should be more ambitious? But I’m content in my job. And looking back I wasn’t content at work for over twenty years. Do I want to start up a new job in London? Quite frankly, I don’t.

I spent a little while trying to sort out a little geo-adventure for the way to work, then took the dogs for a walk. It didn’t start well. As we walked past the bus stop one idiot child grabbed Pogo’s head and screamed full in his face. The child’s mother told me that this was because she is afraid of dogs. I pointed out the error of the idiot child’s ways (in no uncertain terms) and we carried on with our walk. But the episode had unsettled Pogo. He’s a jumpy enough dog at the best of times, and we were over half way round our walk before he finally stopped barking at everyone and everything. This isn’t the first time that this has happened to us. Are children being taught to do this at school or pre-school?

With our walk done we came home. I harvested the dung from the garden; I only cleared the garden of dog turds yesterday. How can three small dogs generate so much crap? I then posted onto one of the local Facebook groups about Pogo’s being screamed at. I’m not sure why I posted. I fully expected to have to delete the post because it would descend into a squabble, but I felt I should say something to the world at large. Children *really* shouldn’t be screaming at dogs unless they want to be bitten.

With the dogs settled I set off in the general direction of work. I took a little diversion on the way to see if I couldn't find a geocache that hadn't been found for over a year. I parked up and found myself at a dog poo bin. I gave the outside a cursory once-over, and looked over the nearby rubbish bin and found nothing on that either. Bearing in mind that no one had found this cache in over a year, and that the person who'd hidden it hadn't logged on to filmpotsunderrocks.com for over five years, I suggested to the geo-feds that the listing be archived.
I've suggested that quite a lot recently.
I got to work; being on a late shift I went to the canteen and had some vegetarian quiche thingy. As I scoffed it I finished the e-book I was reading. "Proxima Rising" by Brandon Q Morris was an odd book. It was all building up to something which never actually happened. I'm told that there is a follow-up sequel being released in a couple of months. That might be interesting to read; if only to find out what all the build-up was about.
I then had a look at that Facebook posting I'd made earlier about Pogo's little episode. By the time I left work this evening over a hundred and forty people had reacted to the post, and over one hundred and fifty people had posted comments expressing their astonishment.

I was planning to take the dogs out again tomorrow morning. But that bus stop where the idiot child waits for the bus is directly between home and the co-op field. Maybe I might leave home a little later tomorrow morning?