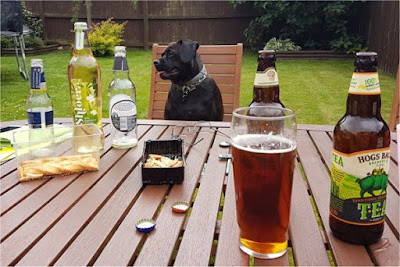 Yesterday just before I left home I read something an ex-colleague had posted on Facebook. I spent much of the night in something of a reflective mood.
This person was someone I employed as a trainee blood-ologist some twenty years ago. She stayed in the job for a while, but I rather lost track of what she was doing after I left working with her. She periodically posts on Facebook. I knew she'd moved into a beautiful converted oast house near Rolvenden a while back. She's now announced she has bought a farmhouse in the Dordogne (in France!), renovated it, and is now hiring it out as a holiday location. It looks wonderful.
Meanwhile I carry on testing blood and can only dream about the lifestyle she is living.
I wonder where I went wrong. If indeed I did. Mind you I'm not grumbling. I'm quite content with my lot in life... I just want more. I don't *need* more. I just *want* it.
I also saw quite a few friends were at Brighton Kite Festival this weekend. That kite festival was a large part of my life for many years. I *could* have gone this year… but not in a tent. Tents are hard work, and a caravan isn’t very practical.

As I left work I realised I hadn’t brought anything to scoff on the way home (I get hungry) so I had a look at the snack bars in the works branch of “Costa”. I think I actually swore out loud when I saw their prices, and bought far more far cheaper from the works M&S.

I could have gone home via Linton and chased the Fist to Find on a new geocache there, but I decided against doing so.
As I drove home the pundits on the radio were talking about the ongoing election for the next leader of the Conservative party (and by extension, the next Prime Minister). Apparently a lot of those eligible to vote have been sent more than one ballot paper. Officials in the Conservative party are trying to make light of the matter. But (can you believe it) this election has no official oversight. The Electoral Commission have no jurisdiction over it.
Democracy, eh?

"er indoors TM" and I took the dogs up to Tunstall where we met Karl and Charlotte. We went for a little geocache-led walk. It was a good walk. The dogs were able to be off the leads for nearly the entire route.
Mind you we did have a little altercation with some silly woman. Pogo had a woof at her dog, and she went nearly hysterical; ranting about responsible dog owners should have their dogs on leads. That is certainly one theory. Another theory might be not to try to hide your dog from all other dogs and let them meet and play. Perhaps if more people had the faintest inkling of what goes through a dog’s head, there might be a few less squabbles. After all, after the initial woof, it isn’t (usually) the dogs who are squabbling.

We had a rather good walk; I got to climb a tree. Our sat-navs did think that some of the given co-ordinates were a tad awry, but we found them all.
And with the walk done we adjourned back to Karl and Tracey’s. Tracey was a little under the weather, so we went round for an afternoon in the garden. It was an ideal afternoon to sit in the garden. Beer, burgers, watching the antics of the dogs…
I took a few photos today. Today was a rather good day. I intend to sleep well tonight.
Posted by Manky Badger at 9:28 pm